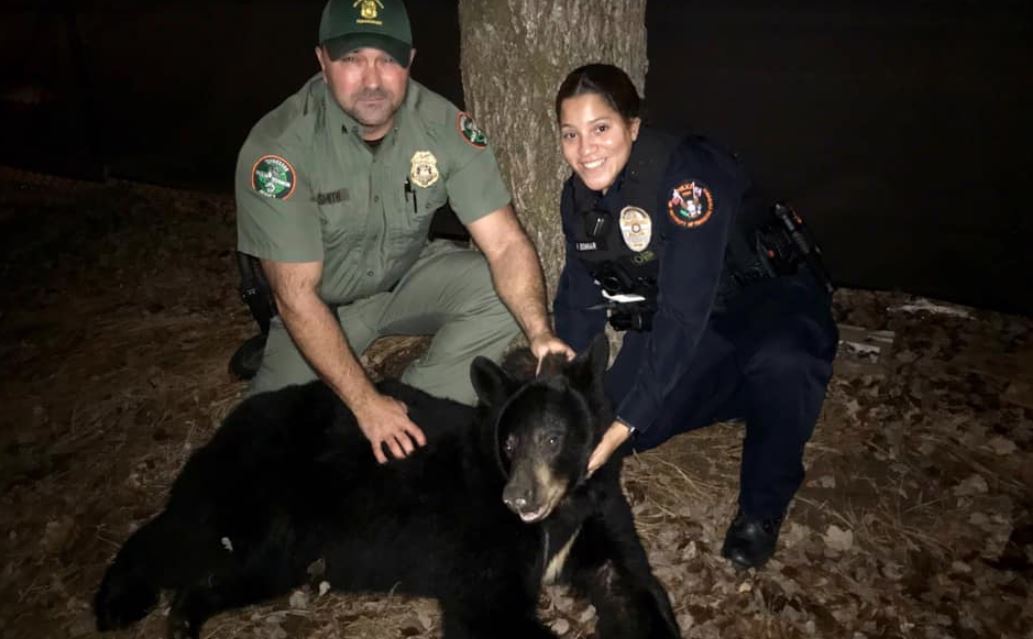 We’re still well over a month away from the start of baseball spring training programs across the country, but that didn’t stop one particularly ambitious black bear from strutting his stuff at Lindsey Nelson Stadium this past weekend. Wildlife officials descended on the stadium, which is home to the University of Tennessee baseball team, and removed the bear from the premises.

As AP reports, the bear was first seen wandering around near the university in the early morning hours on Sunday. Eventually, campus police observed that the bear had found its way into the stadium and couldn’t seem to escape.

In a post by the Tennessee Wildlife Resources Agency page on Facebook the group has photos of the bear, which was safely tranquilized before being transported to its new home.

The bear will be transported to more suitable bear habitat and released. Special thanks to the University of Tennessee Police Department for all their assistance in making this go quickly and smoothly.

A video of the bear’s release shows the 200-pound creature stumbling awkwardly into the woods. It’s clearly still a little bit groggy from the effects of the tranquilizer but appears to be in fine otherwise.

The 200 lbs. sow black bear that wandered into Lindsey Nelson Stadium early this morning has been released onto Foothills WMA in Blount Co. TWRA Wildlife Officers immobilized her around 4 a.m. with help from the University of Tennessee Police Department.

Unfortunately, this is probably the end of the bear’s short college baseball career, but that’s probably for the best.