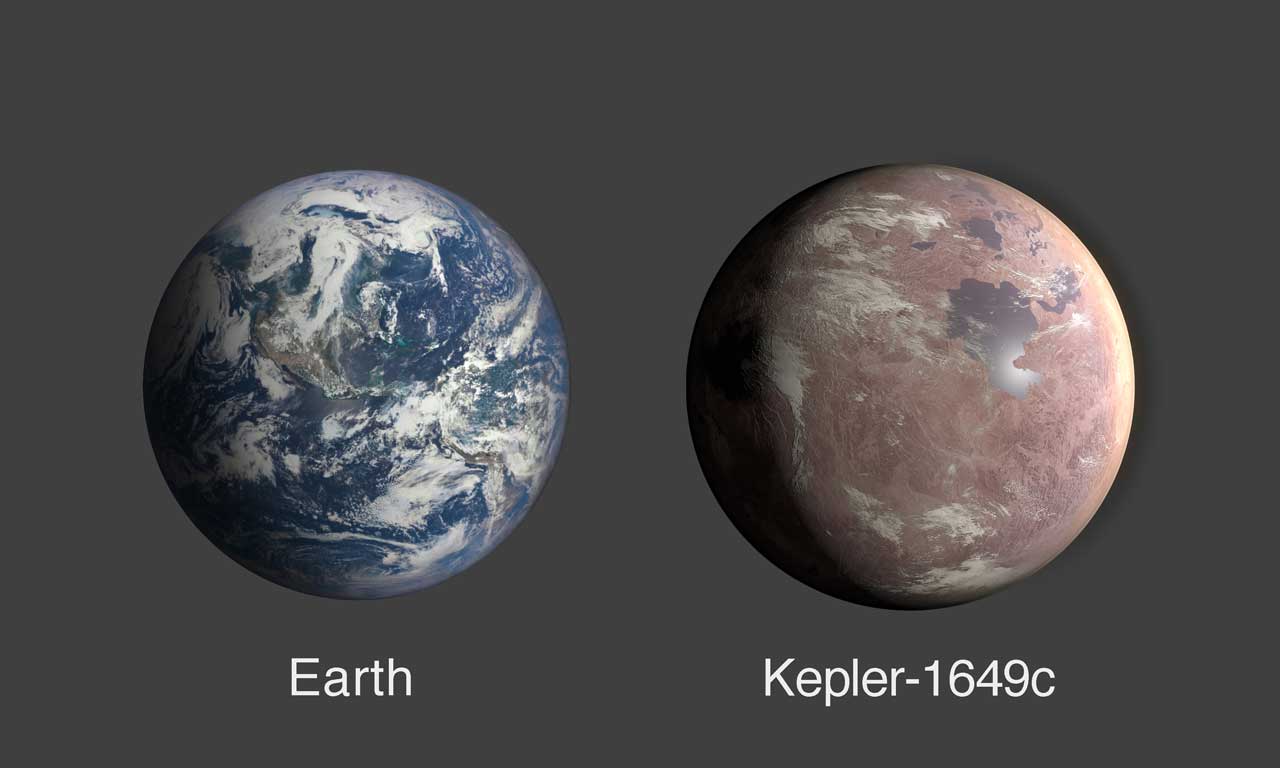 Earth, as far as any of us know, is the only planet that has all the right ingredients for life. When astronomers gaze out past our solar system in search of new worlds it’s impossible to know exactly what is happening on its surface. Still, by measuring everything that can be measured from afar, we can get a pretty good idea of just how habitable or hostile any given planet might be.

Scientists using data gathered by NASA’s Kepler Space Telescope have stumbled upon a planet that checks a lot of the boxes we’d consider crucial in the search for extraterrestrial life. It’s called Kepler-1649c and in terms of size, it could basically be Earth’s twin.

Kepler-1649c is a tantalizing find for anyone who dreams of a day where mankind confirms the existence of alien life. It’s in the habitable zone of its star, meaning that it’s close enough for liquid water to exist on its surface, but cool enough that water wouldn’t instantly vaporize. That, on its own, is a surprisingly rare quality, but 1649c has a lot more in its favor.

The planet, which is located around 300 light-years from Earth, is approximately 1.06 times the size of our planet. In planetary terms, it’s basically identical. In addition to that, its star showers the planet in roughly 75% as much light as our own Sun provides for Earth. That could mean that its surface temperatures are very similar to Earth’s as well, which is obviously a big plus for life.

“This intriguing, distant world gives us even greater hope that a second Earth lies among the stars, waiting to be found,” NASA’s Thomas Zurbuchen said in a statement. “The data gathered by missions like Kepler and our Transiting Exoplanet Survey Satellite (TESS) will continue to yield amazing discoveries as the science community refines its abilities to look for promising planets year after year.”

Okay, so the planet is a rocky, Earth-like world that is a little bit cooler than our own planet but it’s the right size and distance from its star to support life. If you were hoping there wasn’t a catch, unfortunately, there is one.

The star that Kepler-1649c orbits is a red dwarf. Red dwarf stars are typically small and far cooler than stars like our own Sun, but they also have a habit of being incredibly volatile. Stellar flares are thought to be common in red dwarf stars, and when that happens the star rapidly increases in brightness, even doubling the amount of energy it emits over the span of just a few minutes. Such events could strip a planet of its atmosphere over time, which would make life as we know it impossible.

It may not be a total deal-breaker for life on Kepler-1649c, but it’s not great news. The frustrating part is that at a distance of 300 light-years, we lack the capability to see what might actually be happening on the planet. For the time being, we’re left to wait and wonder.