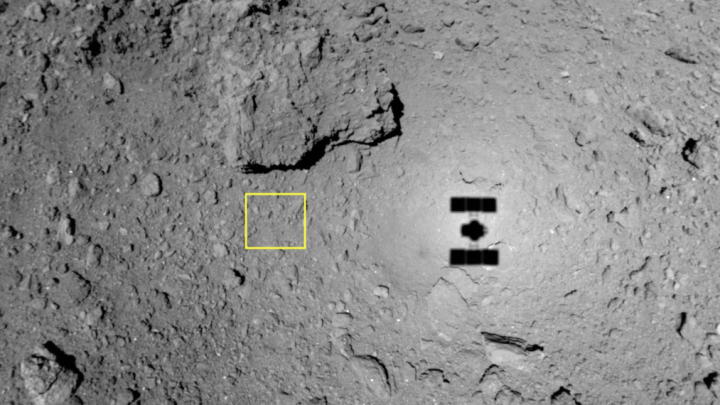 Japan is doing some incredible things with its Hayabusa2 asteroid probe. The spacecraft has now spent several months in orbit around the space rock known as Ryugu, and it’s blown not one but two holes into its side. Now, in yet another potentially dangerous maneuver, Japanese space agency JAXA has commanded the probe to perform a brief touchdown on the asteroid’s surface.

The plan is a bold one: The spacecraft is tasked with returning samples of asteroid material back to Earth, but first, it has to uncover some of the material below the outer surface to get a pristine sample. To do that, Hayabusa2 fired two “bullets” into Ryugu’s side. The current sample retrieval is the second such attempt, but there are still many risks.

The spacecraft’s first touchdown on Ryugu came back in February and by all accounts, it was a success. However, in embarking on this second attempt, JAXA potentially risks losing the sample material the spacecraft already gathered. The spacecraft will need to perform a flawless touch-and-go in order to preserve samples for the return to Earth.

However, as risky as the maneuver might be, pulling it off is the last big hurdle standing between Hayabusa2 and a successful mission. There will be no third touchdown and the spacecraft will begin its trip back to Earth sooner rather than later.

Once it arrives, material samples will be studied by scientists searching for clues as to its makeup and history. The hope is that by studying asteroids like Ryugu, we’ll learn more about how our solar system has changed over time, and maybe even learn a thing or two about how life first took root here.