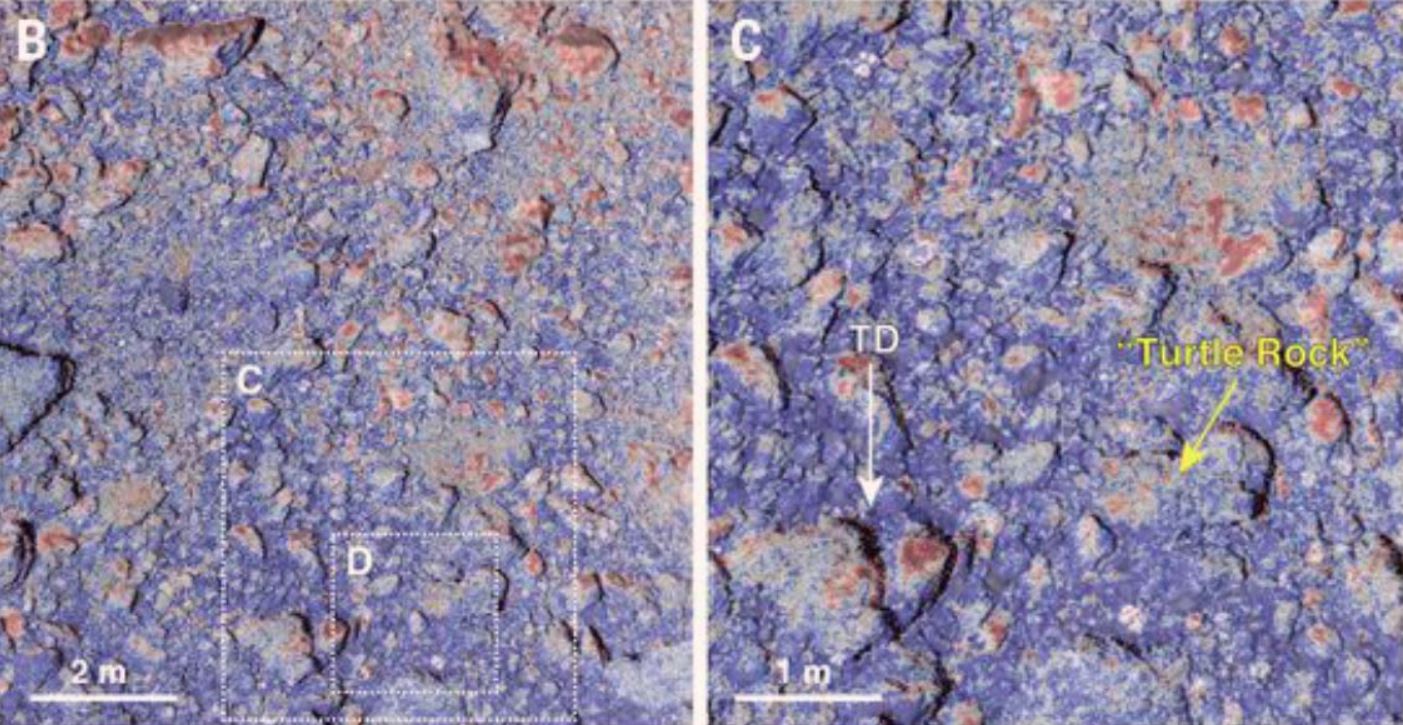 The Japanese space agency JAXA sent its Hayabusa-2 asteroid probe to the big, diamond-shaped near-earth asteroid known as Ryugu way back in 2014. The trip took four years, but it was well worth the wait. The spacecraft snatched samples of asteroid material from Ryugu and is now bringing them home for study.

The sample-gathering aspect of the mission was certainly a highlight, but the spacecraft also snapped some absolutely incredible photos of Ryugu’s surface while it was in orbit and during its touchdown attempts. Now, with scientists examining the photos in the hopes of unraveling the asteroid’s secrets, we’re getting to see some of them for the first time.

In a new study published in Science, researchers describe what they think they know about Ryugu’s history based on the images Hayabusa-2 sent back to Earth.

They believe that the asteroid has had at least one close run-in with our Sun in its history, though they can’t be sure when that happened. They reached that conclusion based on the coloring of the rock debris that litters its surface. As you can see above, the images are pretty incredible.

We’re used to seeing Ryugu in grayscale images that show the detail of its surface. Those photos were useful for JAXA scientists as they scoured the surface of the rock for potential sample-collection locations. During the process of actually collecting those samples, the spacecraft kicked up some of the dust that covers the asteroid, which turned out to be fortuitous in explaining the color difference.

“Ryugu’s surface is composed of two different types of material, one slightly redder and the other slightly bluer. The cause of this color variation, however, remained unknown,” Dr. Tomokatsu Morota, lead author of the study, said in a statement. “Hayabusa-2’s onboard cameras captured high-resolution observations of the surface surrounding the landing site in exceptional detail, including the disturbances caused by the sampling operation.”

The good news is that the researchers believe that Hayabusa-2 snagged a healthy mix of both types of surface material. Once the spacecraft drops them back off on Earth, scientists will be able to study them in much greater detail and perhaps confirm their suspicions or reach entirely new conclusions.

Those samples are currently on their way back to Earth. Hayabusa-2 will quite literally drop them off at our planet later this year. A capsule containing the samples will be released by the spacecraft and, if all goes as planned, it will enter Earth’s atmosphere, deploy a parachute, and come to a soft landing at a pre-determined location.