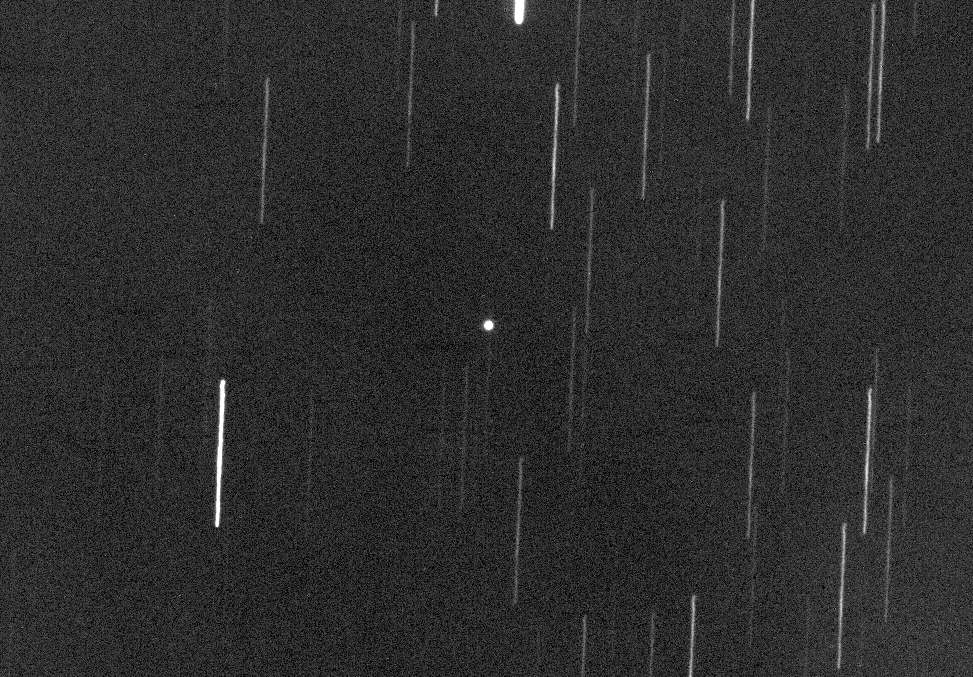 As we told you last week, the “potentially hazardous” asteroid 2017 VR12 made its closest appearance early this morning. Unlike the much smaller 2018 DV1 which slipped past Earth last week, 2017 VR12 is actually fairly substantial in size, measuring as large as 1,500 feet in width. That’s big enough to make it dangerous if it were to strike our planet, but thankfully NASA knew it was at a safe enough stretch that we didn’t need to worry about it this time around. However, at a distance of around 900,000 miles, it was actually close enough to see with high-powered telescopes.

The flyby was captured by the good folks at the Virtual Telescope Project, an independent group of skywatchers who have taken their hobby of stargazing to the next level. In a live stream of the event, Gianluca Masi, the founder and scientific director of the project, lays out all the important info and tracks the object as it makes its way past our planet. It’s all incredibly cool, and you can check it out below.

Asteroids come in all shapes and sizes. Some are so small we don’t even see them until they’re already at their closest point, but thankfully the larger, potentially hazardous space rocks are typically large enough that they are spotted weeks or even months in advance of their approach. 2017 VR12 isn’t exactly tiny, but it’s also not the kind of “planet killer” object that many fear when they think of asteroids.

For the sake of comparison, 2017 VR12 is somewhere between 800 and 1,500 feet wide, while the massive “dinosaur killer” object that created the Chicxulub crater in Mexico is thought to have been as large as 9.3 miles across. That’s not to say a rock the size of 2017 VR12 wouldn’t cause some issues if it struck, but it wouldn’t cause planet-wide havoc, which is at least a little bit reassuring.

In any case, the asteroid already passed by and now scientists get to dig into their data to see if they can learn a bit more about it, including some more precise measurements of its size. NASA forecasts that the asteroid will indeed visit Earth again, but not for another 177 years.