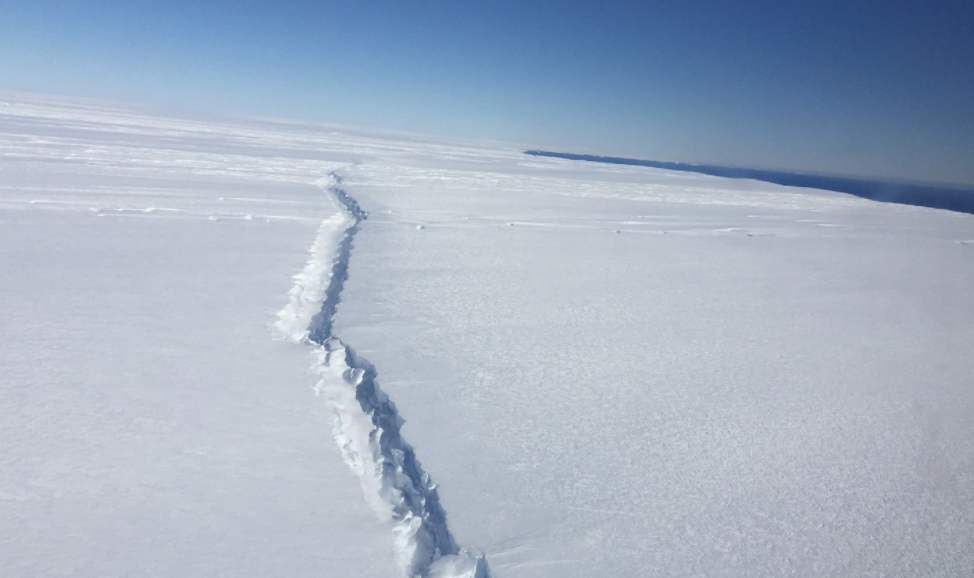 Earlier this year, and absolutely massive iceberg broke free from Antarctica, moving freely into the ocean and acting as a stern reminder of the toll humanity is taking on the planet. Now, something eerily similar has happened, with a huge chunk of ice falling off Antarctica’s Pine Island Glacier and making its home in the sea.

This new iceberg, while not as large as the Delaware-sized chunk from a few months ago, is still a giant. It’s roughly four and a half times the size of Manhattan, measuring some 103 square miles in surface area. But what’s most interesting about this most recent even is not just that yet another huge iceberg has broken free, but the location from which it was calved off the larger glacier.

In most cases, icebergs break free from glaciers on the edges, but this most recent departure from Pine Island Glacier has occurred from an interior section. That’s pretty odd, and it’s not the first time the glacier has exhibited this behavior as of late. Researchers theorize that it could be the result of warm ocean water attacking the ice from below, causing it to grow unstable.

Glacial melting and icebergs in general are of interest to scientists all over the world, but Pine Island Glacier is of particular interest because of its potential to greatly impact sea levels. If the glacier were to melt in its entirety, it could boost sea levels by over one and a half feet. That alone would be enough to affect beachfront communities, and at the rate of ice loss currently being tracked by scientists, it’s hard to imagine it would stop there unless we take some serious action.