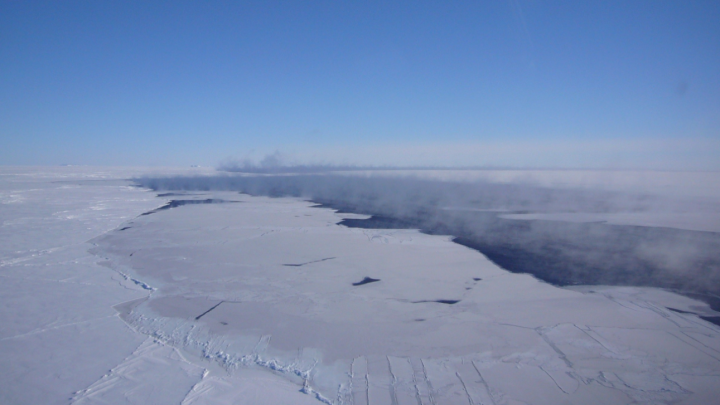 Thanks to its usefulness as an indicator of how badly humans are messing up the Earth with global warming, scientists like to keep a pretty close eye on the ice in Antarctica. Now, a massive hole the size of Lake Superior has appeared many miles inland from where the ice meets the ocean, and scientists have little concrete explanation as to why it’s there.

The hole, which is called a polynya, is incredibly puzzling because of its odd behavior. This isn’t the first time it’s been spotted, having appeared last year for a brief period as well, and long before that it was detected back in the 1970s. However, it disappeared for several decades before showing back up, throwing a huge kink in many scientific explanations for its existence.

“At that time, the scientific community had just launched the first satellites that provided images of the sea-ice cover from space,” Dr Torge Martin of the GEOMAR Research Division explains of its initial discovery many decades ago. “On-site measurements in the Southern Ocean still require enormous efforts, so they are quite limited.”

The current best guess is that warmer salt water from deep under the ice has managed to squeeze its way through the cold layer of fresh water that typically insulates it, causing a warm patch and ultimately melting the ice and forming a huge gap. That’s a fairly straightforward explanation, but it doesn’t fully address the odd timing of the hole, including its 40-year absence and seemingly spontaneous rebirth.

As scientists continue to hone their climate models and perfect their predictions, they’re getting closer to being able to accurately simulate the exact process at work, but a full explanation may still be years away.