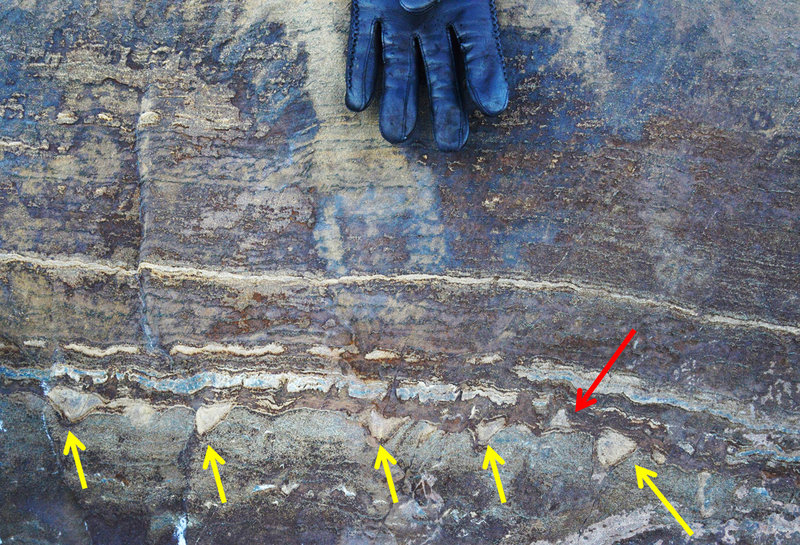 Hunting for fossils is a difficult business in the first place, but the challenge is multiplied the farther back in time you’re searching. Finding bones from a dinosaur that lived 50 million years ago is a cake walk compared to hunting for evidence of life from billions of years back.

A new analysis of supposed 3.7 billion-year-old fossils in Greenland reveals that the researchers who first announced the discovery may have gotten it all wrong. In truth, it seems the strange deposits found in ancient ground may have just been rock all along.

The features, which were touted as potentially being the oldest evidence of life on Earth, look a lot like the pyramid-shaped remains that hinted at the presence of microbial life in other rock samples. In a new letter published in Nature, it seems there are also some very important differences that throw the conclusions of prior research into question.

The strange shapes certainly look like they may have been created by life, but as NPR reports, this new round of research points to the alleged cone-shaped features in the rock being elongated and stretched. Three-dimensional examination of the shapes hints at the features having been created by intense pressure between rocks, squeezing and twisting stone into bizarre forms.

“They’re stretched-out ridges that extend deeply into the rock,” Joel Hurowitz, co-author of the work, told NPR. “That shape is hard to explain as a biological structure, and much easier to explain as something that resulted from rocks being squeezed and deformed under tectonic pressures.”

As for the researchers involved in the original study that claimed evidence of ancient microbial life, they are sticking with their findings. Those scientists have weighed in by saying that this new research is “disappointing” and that their original work holds up despite being challenged.