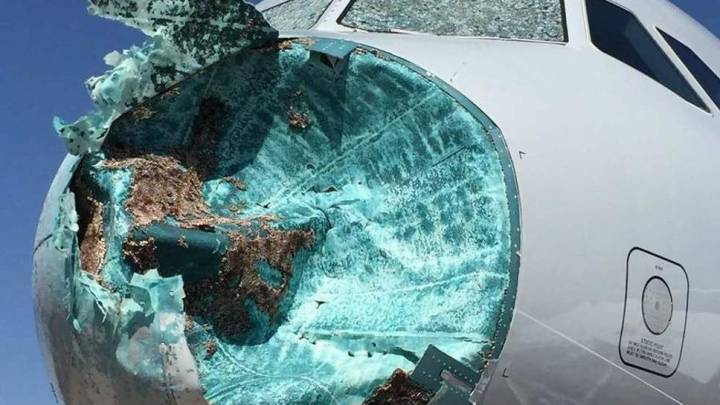 We’ve all seen the statistics that tell us how safe flying is. It’s safer than pretty much any kind of transportation, you’re more likely to die in a car crash on the way to the airport than you are to meet your end in a plane crash, yada yada yada. None of that matters when you’re experiencing a high-altitude emergency, and passengers of a recent American Airlines flight from San Antonio to El Paso know all about that .

The flight started off fine, but just when the trip was hitting its stride things began to fall apart. The plane ended up in the heart of a strong storm which created intense turbulence, severely damaging the plane and causing terror in the cabin.

As The Independent reports, the plane was forced downward by the severe storm, and passengers who spoke with reporters describe a seriously unsettling situation.

One passenger, Jesse Esparza, said things became so dire that he logged onto the in-flight Wi-Fi and attempted to text his mother to say goodbye.

“We dropped so hard that objects in people’s laps start flying inside the aircraft,” Esparza explained. “My seatbelt is pulling against my waist keeping me in my seat. Babies screaming. I start hyperventilating. I grab my phone and sign on to the WiFi. I text my mom that I love her.”

Passengers were reportedly vomiting and screaming as the plane fell in altitude, but the pilots managed to right the ship, so to speak, despite some pretty severe damage. Photos posted of the plane after landing show cracked cockpit windows and a massive dent in the nose of the aircraft.

American Airlines released a brief statement commending the pilots and flight crew for safely landing the plane. No injuries were reported from the 130 passengers or handful of crew members.