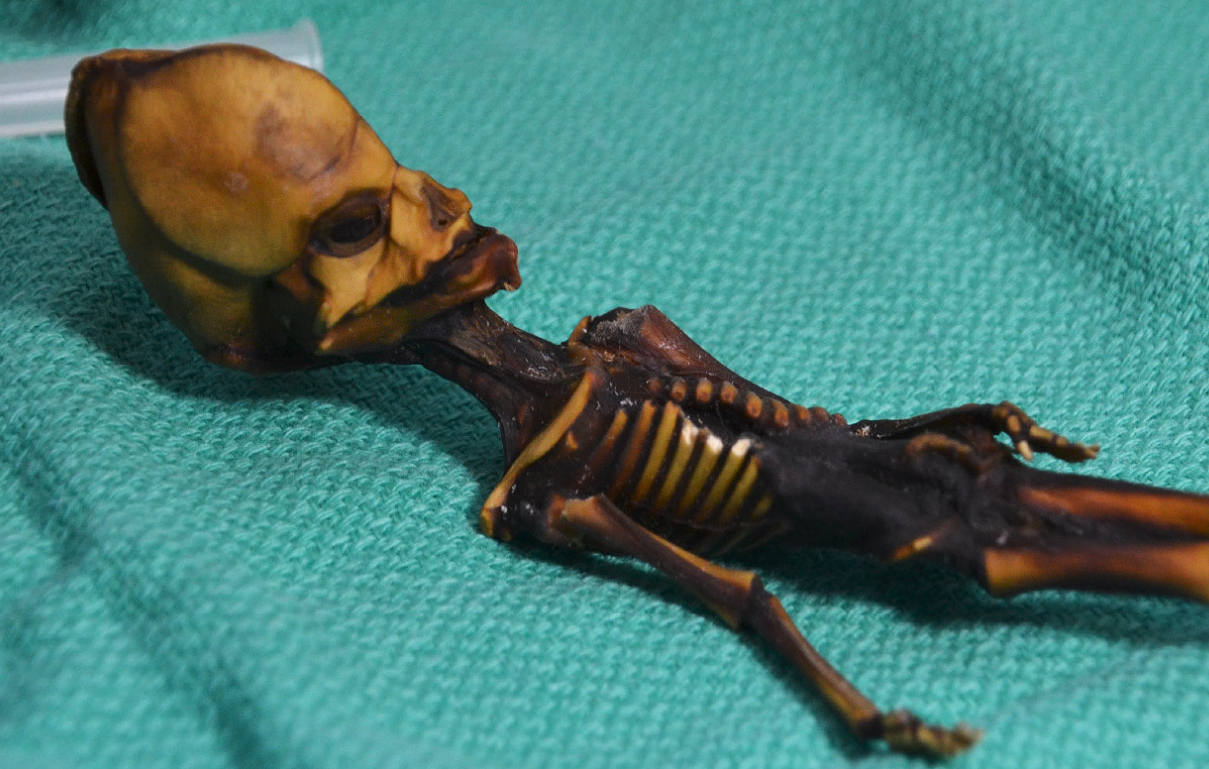 If aliens have ever visited Earth there sure isn’t a whole lot of obvious evidence that they were here. Does the US government have a crashed alien space ship in a bunker somewhere? It’s entirely possible, but until we see undeniable proof of an alien creature we have to take everything with a grain of salt. When a bizarre-looking tiny skeleton was discovered in the Atacama Desert way back in 2003, UFO hunters believed they finally had proof of an alien being, but new research reveals that the strange discovery has Earthly origins.

The skeleton, named “Ata,” looks incredibly odd at first glance. Its bone structure is vaguely humanoid but its elongated head and fully-formed tiny bones are unlike anything the typical human body goes through during development. However, it was determined to be human and, despite its tiny stature, researchers believed it died at between six and eight years of age. Now, scientists are rethinking those findings, and they believe they have a solid explanation for its strange appearance.

As Gizmodo reports, a new paper published in Genome Research took a much closer look at Ata’s DNA than previous studies. The researchers behind this new round of work discovered that, while the six-inch-long skeleton is indeed of human origin, it was likely only a fetus when it died. The pregnancy was only around 14 to 16 weeks along when Ata died, and it’s unclear what happened to her mother.

But if she was still just a fetus at the time of death, why are Ata’s skull and bones so fully formed? The researchers found the answers they were looking for in Ata’s genes. The study reveals that a number of the girl’s genes displayed dramatic mutations that resulted in the unusual appearance. Ata likely suffered from dwarfism along with several other abnormalities that, it seems, caused her bones to grow in a much different way than is normal for a fetus. Some of the mutations spotted in Ata’s DNA are entirely new to human genetics.

The scientists can only speculate as to what may have caused Ata’s dramatic gene mutations, but their work could yield new insights into the diagnosis of childhood disorders in the future. Finally, the twisted tale of this “alien” mummy can finally be put to rest.