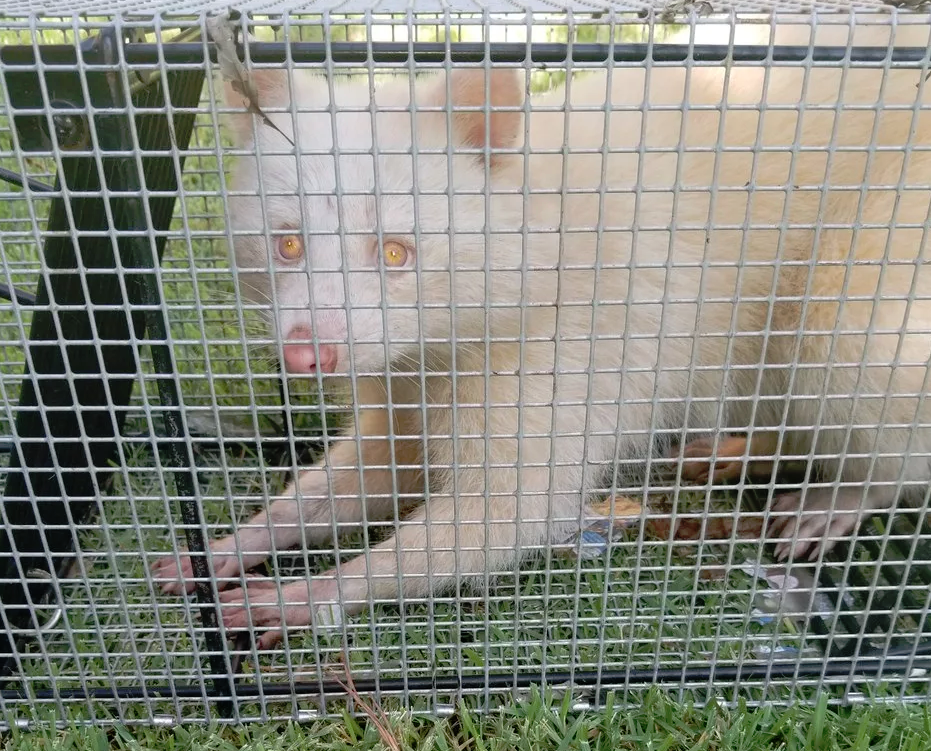 A potential pest problem resulted in one of the most unlikely discoveries imaginable, and it all started when a Tennessee family called a wildlife management company because something had been breaking into their bird feeders. Members of Alpha Wildlife set up traps after spotting raccoon footprints and asked the homeowner to contact them later.

The next morning the homeowners got an incredible surprise. There, in one of the traps, was an albino raccoon, an animal so rare that you’re more likely to get struck by lightning than to casually stumble upon across one.

The animal’s coloring is certainly rare, but the animal was otherwise unremarkable. It was estimated to weigh between 25 and 30 pounds, and is thought to be around three years old. An albino raccoon is born approximately once every 750,000 births, so your chances of ever actually seeing one in person are next to zero.

Alpha Wildlife’s Matthew Caldwell called the discovery “thrilling” in an interview, noting the animal’s rarity. His company specializes in relocating troublesome critters, but he’d never come across an albino raccoon before. As for the fate of the little fella, Alpha Wildlife reportedly relocated him to a forested wildlife area. He’ll be free to live out his days being all ghostly white and totally adorable, though he won’t find any bird feeders out there, which might bum him out a bit.

Albinism is a complicated condition that can have different effects depending on the species of animal in question. Some animals suffer hardships due to the lack of pigmentation in their skin or hair, especially those that benefit from natural camouflage that disappears in albino animals. Let’s all wish this little guy the best of luck!