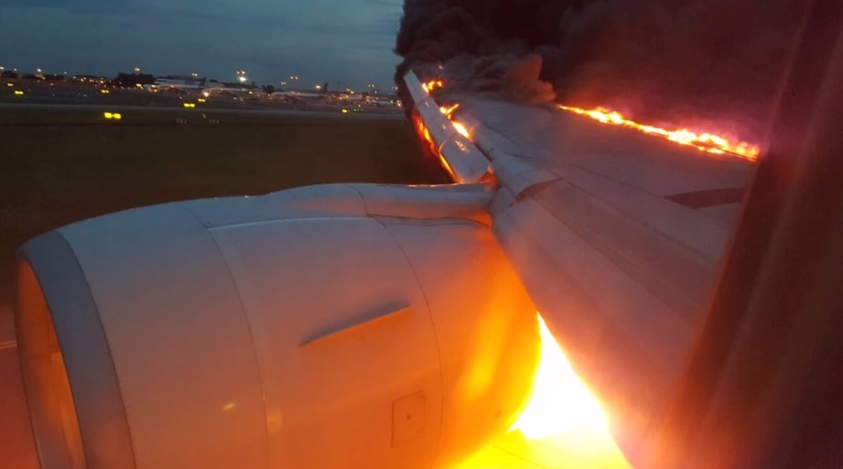 Flying on commercial airplanes is already nerve-racking enough as it is, but you’re never going to want to set foot on an airplane again after seeing this video. The footage shows Singapore Airlines flight SQ368, which took off for Milan, Italy shortly after 2:00AM local time early Monday morning before turning around and landing back in Singapore. It’s a good thing the pilot did turn around, and you’re about to find out why.

After taking off from Changi Airport in Singapore en route to Milan, pilots got an engine oil warning that prompted them to turn the flight around and head back to Singapore. The plane made it all the way back to Changi and landed safely before an engine burst into flames.

Here’s footage of the fire, which was published by The Associated Press and posted by Gizmodo:

A person who was not aboard Singapore Airlines flight SQ368 but who was at Changi Airport at the time of the incident captured and posted more footage, noting that oil leaked into the engine, causing the fire pictured.

Reuters reported that crews at the airport were able to contain the fire within just a few minutes, and no passengers were injured. The Singapore Airlines flight had 222 passengers and 19 crew on board.

“Passengers disembarked through stairs and were transported to the terminal building by bus. Passengers will be transferred to another aircraft which is expected to depart for Milan later today,” the airline said in a statement.