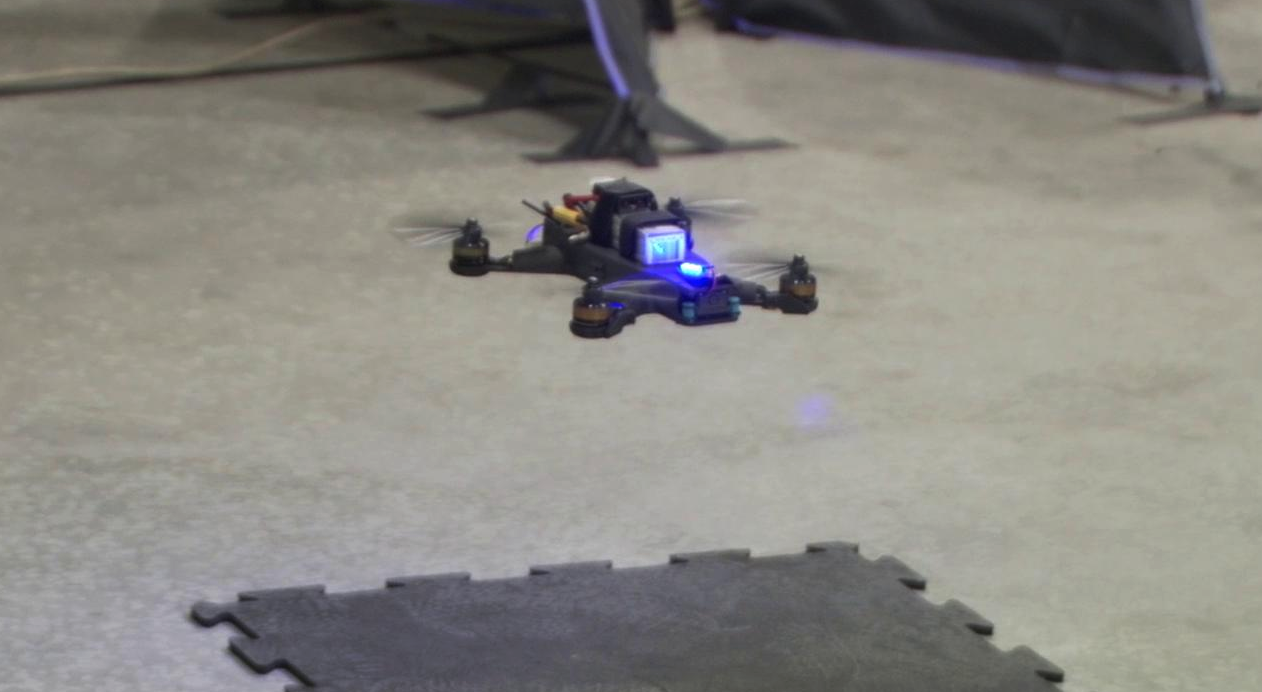 Autonomous vehicles are one thing, but what about self-flying drones? AI-powered recreational craft are still in their infancy, but a Google-funded NASA Jet Propulsion Laboratory project aimed to give it a serious boost, with two years of research and testing ultimately culminating in a head-to-head race between an AI drone and one of the world’s best drone pilots. As you might expect, the AI drone’s precision was on full display, but shocking it simply wasn’t enough to topple years of carefully honed human skill.

Veteran drone pilot Ken Loo was invited by JPL to face off against its own custom drone at a NASA warehouse, and both Loo and the AI were given the chance to run a drone race course multiple times to establish their averages. The completely AI-controlled drone, which was programmed to know the course and uses cameras to help guide its way, swooped in with a average time of just 13.9 seconds. Loo, on the other hand, soundly proved that his experience was simply too much for the software to handle, logging an average time of 11.1 seconds.

“We pitted our algorithms against a human, who flies a lot more by feel,” said Rob Reid of the Jet Propulsion Laboratory explains. “You can actually see that the A.I. flies the drone smoothly around the course, whereas human pilots tend to accelerate aggressively, so their path is jerkier.”

A human pilot’s ability to adapt and try new techniques while the race is ongoing, tweaking their style from one lap to the next, allowed Loo to best the bot in pretty convincing fashion, but there’s one aspect of racing an AI that Loo already knows he’d fall short on, and that’s fatigue. “One of my faults as a pilot is I get tired easily,” Loo said. “When I get mentally fatigued, I start to get lost, even if I’ve flown the course 10 times.”

The AI-powered drone, on the other hand, wouldn’t be subject to such human shortcomings, and as long as its battery is topped off it could conceivably perform laps continuously for as long as its handlers desire. In the future, AI guided drones might get a chance to shine in professional drone racing circuits, and could potentially set speed records for human pilots to aspire to. For now, however, mankind is still one top.