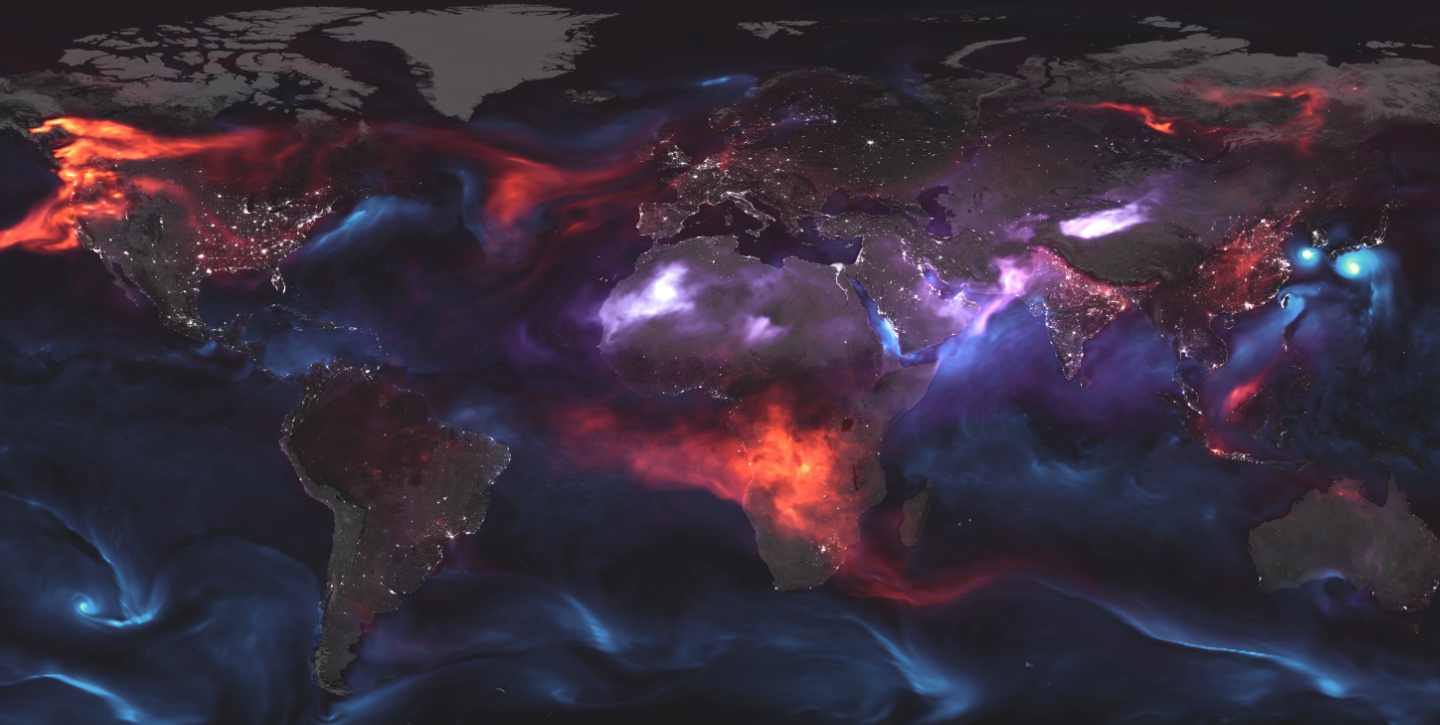 When you step outside in the morning and take a nice deep breath you might feel refreshed and energized. Of course, if you’re in the middle of a major city all you might smell is car exhaust and sewer fumes, and a new image released by NASA shows that whatever is hiding in “a breath of fresh air” can vary wildly from place to place.

The image, which was captured and pieced together by a number of NASA satellites, shows just how massive the clouds of tiny particles that cover our planet really are. It’s a map of aerosols — no, not exactly the kind that makes your spray-on deodorant possible, but sort of.

“If you have ever watched smoke billowing from a wildfire, ash erupting from a volcano or dust blowing in the wind, you have seen aerosols,” NASA explains in a new blog post. “Satellites like NASA’s Earth-observing satellites, Terra, Aqua, Aura and Suomi NPP, “see” them as well, though they offer a completely different perspective from hundreds of kilometers above Earth’s surface. A version of a NASA model called the Goddard Earth Observing System Forward Processing (GEOS FP) offers a similarly expansive view of the mishmash of particles that dance and swirl through the atmosphere.”

These tiny particles are made up of all different kinds of material. The wispy blue swirls over the ocean are salty sea spray kicked up by winds, while the bright red brush strokes are black carbon leftovers carried aloft by wildfires or created by vehicles or industrial factories. The purple areas are what NASA’s instruments have determined to be “dust.”

Much of the material you see in this image flies high above our heads, and while those directly below the clouds might not end up breathing it in — at least not immediately — these particles have to come down somewhere. Weather patterns can push clouds like these much closer to the ground, affecting air quality and causing problems for those with respiratory illnesses.