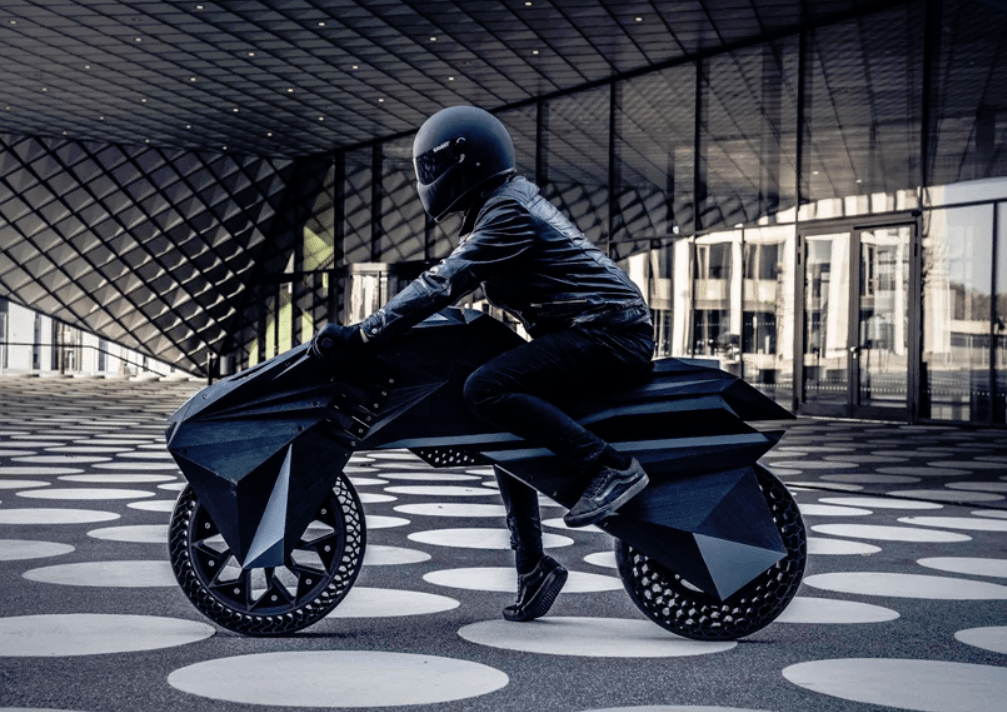 Rapid prototyping and 3D printing technology has changed the way some DIY-ers and inventors approach creating. Being able to conjure a physical object out of thin air (or, more accurately, plastic filament) is certainly useful, but German company BigRep has pulled out all the stops and built an electric motorcycle that is almost entirely constructed out of 3D-printed parts.

As Designboom explains, the bike is the work of BigRep’s NOWlab division, and it’s a real marvel of 3D printing know-how. Everything from the frame and seat to the rims and even the tires were printed from scratch.

Aside from the electrical components, the bike’s parts are fully 3D printed, but it’s hard to really grasp how much work that would be without seeing it in action. Thankfully, BigRep released an awesome video showing off their work:

Building the frame and body of the bike in a 3D printer might sound somewhat reasonable, but how did they do the tires? Well, they decided to go with airless tires, which use a honeycomb-like structure for support without the need for compressed air. It’s similar to tire concepts created for military vehicles and even future lunar rovers, and they need very little maintenance.

As you can see in the video, the bike rides just fine. That said, as some of the YouTube comments have pointed out, it seems a wee bit wobbly, though that might just be the rider, so it’s hard to judge. Nevertheless, it’s a pretty stunning accomplishment, and while you probably won’t be able to print your own electric vehicle any time soon, it could be a sign of what we have to look forward to in the distant future.