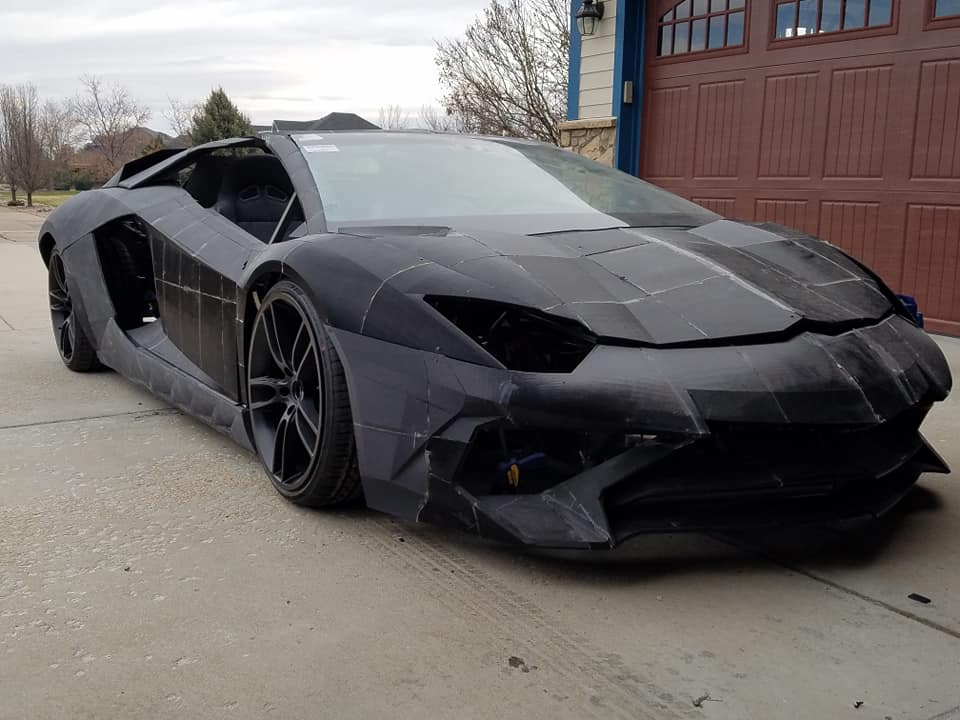 For most people, dreaming about owning a Lamborghini is about as close as they’ll realistically get to having one in their driveway. Supercars are pricey and not terribly practical, but that doesn’t make them any less desirable, so physicist Sterling Backus decided to leverage the power to science to make his dream a reality.

Backus isn’t buying his Lamborghini. He’s not trading for it or stealing it either. He and his son are actually building it, one 3D-printed piece at a time. The vehicle, which is coming together quite nicely, was born out of a desire to teach kids that science can be cool, according to its creator.

The build is being chronicled via a Facebook page, complete with project photos and videos as the car inches towards its own finish line.

The duo used a digital 3D model to break the vehicle into smaller sections which could then be printed. It already looks a whole lot like a Lamborghini, but as Designboom notes, Backus and his son have made enough of their own design tweaks that they believe it’ll skirt any legal issues.

As you can see in the photos, the exterior of the car has been split into panels which were then secured together. Of course, there’s a lot about a car that can’t be made of 3D printed plastic, which is why the go-fast bits are indeed still made of metal. The car sports a 2003 LS1 motor out of a Corvette and transaxle sourced from a Porsche 911. For 3D printed parts that needed to be particularly rigid, carbon fiber was added.

All told, Backus says he has sunk around $20,000 into the project. The builders still have a long way to go before the car looks like it belongs in a showroom — or even on a used car lot — but once it’s finished it’ll likely be the cheapest faux-Lambo on the planet thanks to 3D printing.