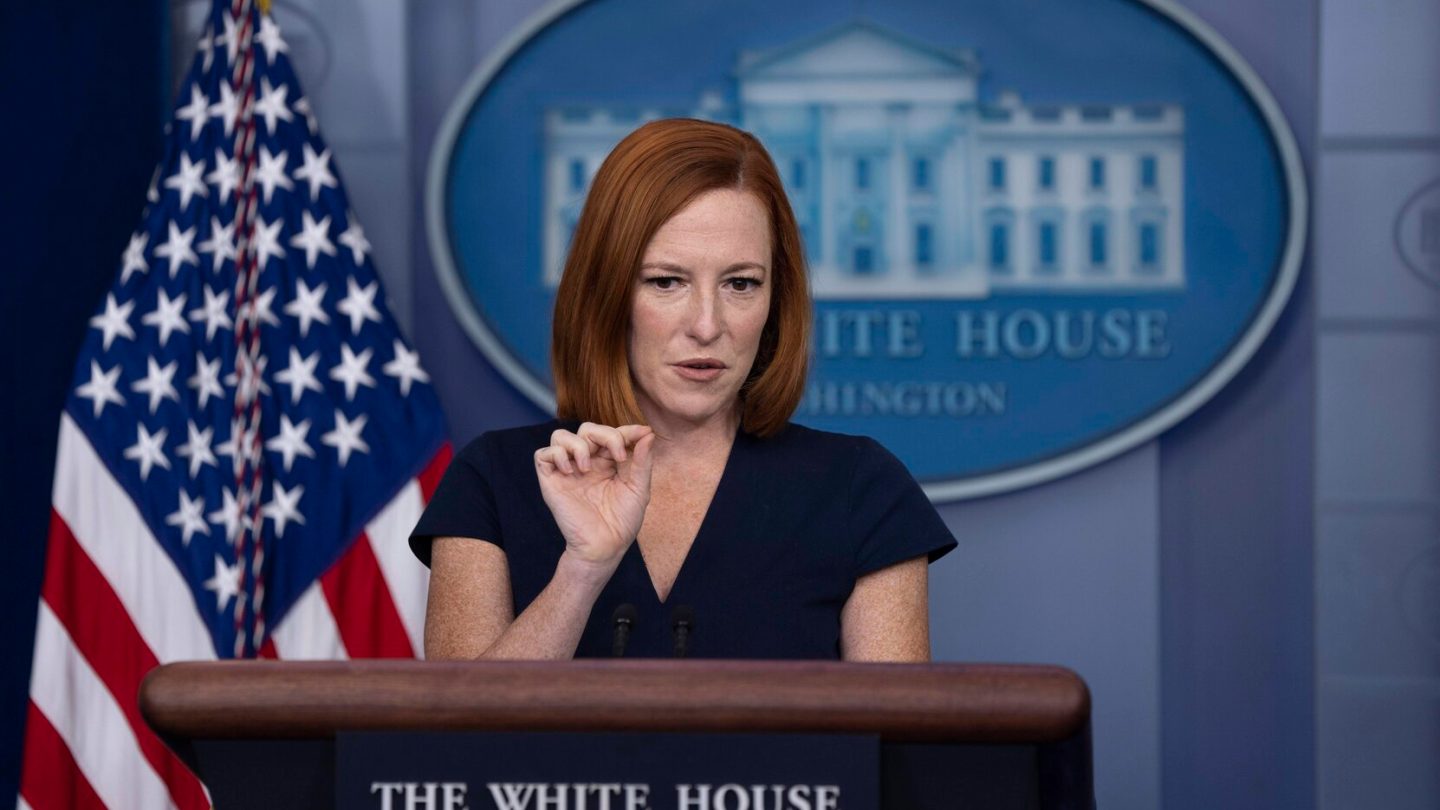 Just a couple of months after warning reporters that due to supply chain bottlenecks the Biden administration couldn’t guarantee your Christmas packages would arrive on time, White House press secretary Jen Psaki delivered a completely different assessment to reporters with 72 hours to go before Christmas. As it turns out, she declared, the Biden administration’s all hands on deck effort to address the supply chain crisis? It’s well on its way to fixing the bottlenecks that have dogged the US supply chain for months now.

Don’t blame the administration, in other words, if your Christmas parcel doesn’t make it to its destination on time this year. As Psaki put it to reporters: “Good news — we’ve saved Christmas.”

Psaki’s statement was, to be sure, a bit of an artful exaggeration. Albeit, one to make a point. Christmas certainly hasn’t been “saved” for families who got their final child tax credit stimulus check earlier this month. And who won’t get another in January because of congressional bickering. Nor has Christmas been saved for businesses closed right now because of the Omicron COVID-19 variant that’s raging through the US.

Other than maybe faulting her for a bit of tone-deafness, though? Psaki went on to back up her claim with data.

“The number of containers sitting on the docks at the Ports of (Los Angeles) and Long Beach for over eight days have fallen by nearly 50%. The average amount of time containers sit on docks has fallen by a week. The price of shipping a container between Asia and the West Coast has (also) fallen by more than 25% since its peak in September.”

Biden officials solved a ‘high-class problem’ in time for Christmas

Biden officials have, in her words, successfully tackled one of the more nettlesome challenges confronting the administration over an extended period of time this year.

The effort included pressing California ports to stay open around the clock. As well as leaning on companies like Walmart and UPS to step up their operations. President Biden himself met with industry leaders on Wednesday. And he went on to speak publicly about the efforts his administration has taken along these lines.

“We brought together business and labor leaders to solve problems, and the much-predicted crisis didn’t occur,” Biden said. “Packages are moving, gifts are being delivered and shelves are not empty.”

Needless to say, this week has seen the Biden crew take a bit of a victory lap over a crisis they once stood accused of downplaying. White House chief of staff Ron Klain, for example, raised eyebrows a few months ago for retweeting someone who called this whole thing a “high-class problem.”

For an explanation of what that means, consider this TV interview from Transportation Secretary Pete Buttigieg. The crisis became a so-called “high-class problem” because President Biden “successfully guided this economy out of the teeth of a terrifying recession.” The implication is that we’re all now going wild buying things with our post-recession money. So much so that we’re also clogging up the supply chain.

In October, Psaki herself doubled-down on all this via an offhand joke during the daily press briefing — in response to a question from The New York Times’s Michael Shear. Shear asked: Why didn’t the Biden administration act more aggressively early on in the pandemic? Specifically, back in March 2021 — when it was already clear that the pandemic would disrupt the world’s supply chain?

“It was crystal clear that things were not improving,” Shear said during his question to Psaki. “People couldn’t get dishwashers and furniture and treadmills delivered on time. Not to mention all sorts of other things.”

Buttigieg himself has said the supply chain will still have problems next year. “I never imagined that we’d be here in October 2021 talking about supply-chain problems, but it’s a reality,” Vivek Sankaran, chief executive officer of grocery chain Albertsons Cos., told Bloomberg. “Any given day, you’re going to have something missing in our stores, and it’s across categories.”

Nevertheless, the Biden administration is celebrating for now.

“Take that Scrooge, the Grinch and all of the doubters that this could happen. Also shelves are stocked at 90% (pre-pandemic levels are 91%),” Psaki tweeted.