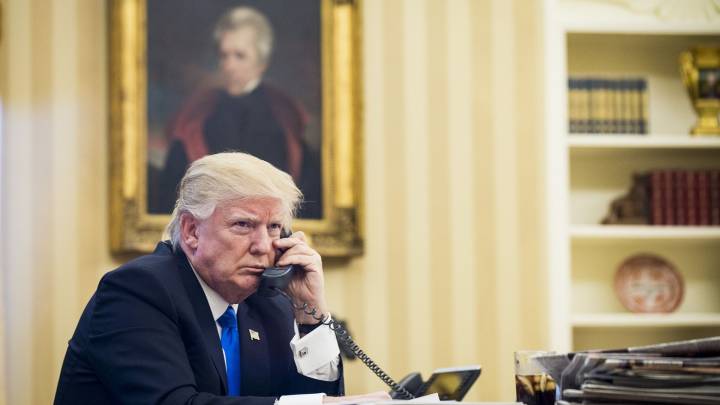 A troubling report last month revealed that President Donald Trump still uses “his old, unsecured Android phone” despite protests from security experts and his closest advisers. He was given a more secure device once he took office, but for whatever reason, he refuses to make the switch and continues to tweet from his old phone. As baffling as this is, it’s even more frightening in light of the news that Cory Louie, chief information security officer for the White House’s Executive Office, has left his post.

Originally reported by Atlantic editor Steve Clemons last week, ZDNet was able to confirm the news through sources of its own on Thursday. According to ZDNet’s report, Louie was “escorted out from his office in the Eisenhower Executive Office Building across the street from the West Wing” last Thursday, but it’s still unclear whether he was fired or asked to resign by the new administration.

Louie was an Obama appointee from 2015, and one source claims that there is an ongoing “witch hunt” in the White House for those who were appointed to positions by the former president. The White House has yet to release a statement or even comment on Louie’s role and why he no longer holds his position.

Putting aside the circumstances surrounding Louie’s departure, the CISO is reportedly responsible for “the security of all White House internal networks, communications, device, and data.” While someone might have stepped in to replace Louie as soon as he was let go, the alternative is that the CISO position is currently unoccupied while the president continues to use an ancient, unsecured Android phone.

Troublesome doesn’t begin to describe this series of unfortunate events.