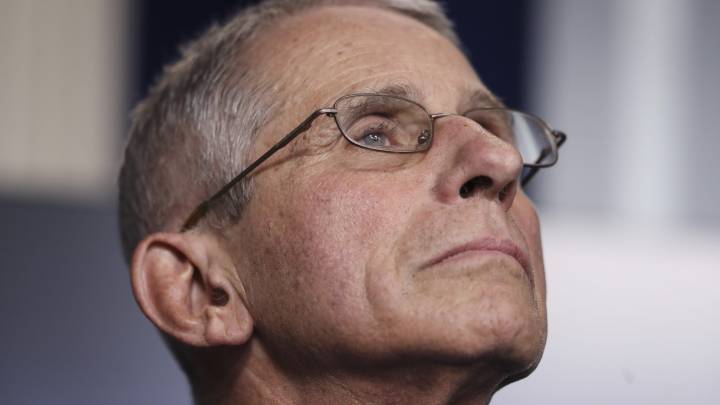 Aides to President Trump have taken to calling Dr. Anthony Fauci “Dr. Doom and Gloom” behind his back. That’s according to new reporting that’s been trickling out since this weekend which reveals a depressing new response from the Trump White House to the coronavirus pandemic — instead of getting behind a comprehensive, aggressive plan to tackle what’s proven to be the greatest crisis facing the US in generations, officials have basically just started Mean Girl-ing one of the highest-profile voices of authority in the nation.

We’re talking, of course, about Fauci, who also serves as the director of the National Institute of Allergy and Infectious Diseases. And who, as we mentioned this weekend, is now the subject of a whisper campaign from White House officials whose desire for a positive narrative is clashing with Fauci’s glum prognostications.

ABC News on Monday added that an actual document containing what amount to talking points against Fauci is being distributed by White House officials to members of the press. The outlet also quoted two “senior level” Trump officials who confirmed the doctor is sometimes denigrated as “Dr. Doom and Gloom.” As our report noted on Sunday:

Officials like Fauci have stressed that because this is a new virus we’ve never encountered before, everyone is learning in real-time, on the fly. Which means that our understanding changes as we learn more about the virus — though, of course, anti-vaxxers and the like will point to shifting statements from health officials as some kind of proof that the authorities don’t know what they’re talking about and we ultimately shouldn’t listen to them.

Here’s what you should keep an eye on: While the smear campaign against Fauci has an element of high school-level gossip to it, there’s an obvious follow-up question. If the doctor is not being listened to, and if the Trump administration is now taking the extraordinary step of trying to discredit him, should he leave his post at some point? This piece in The New York Times over the weekend argued the answer is an emphatic “yes.”