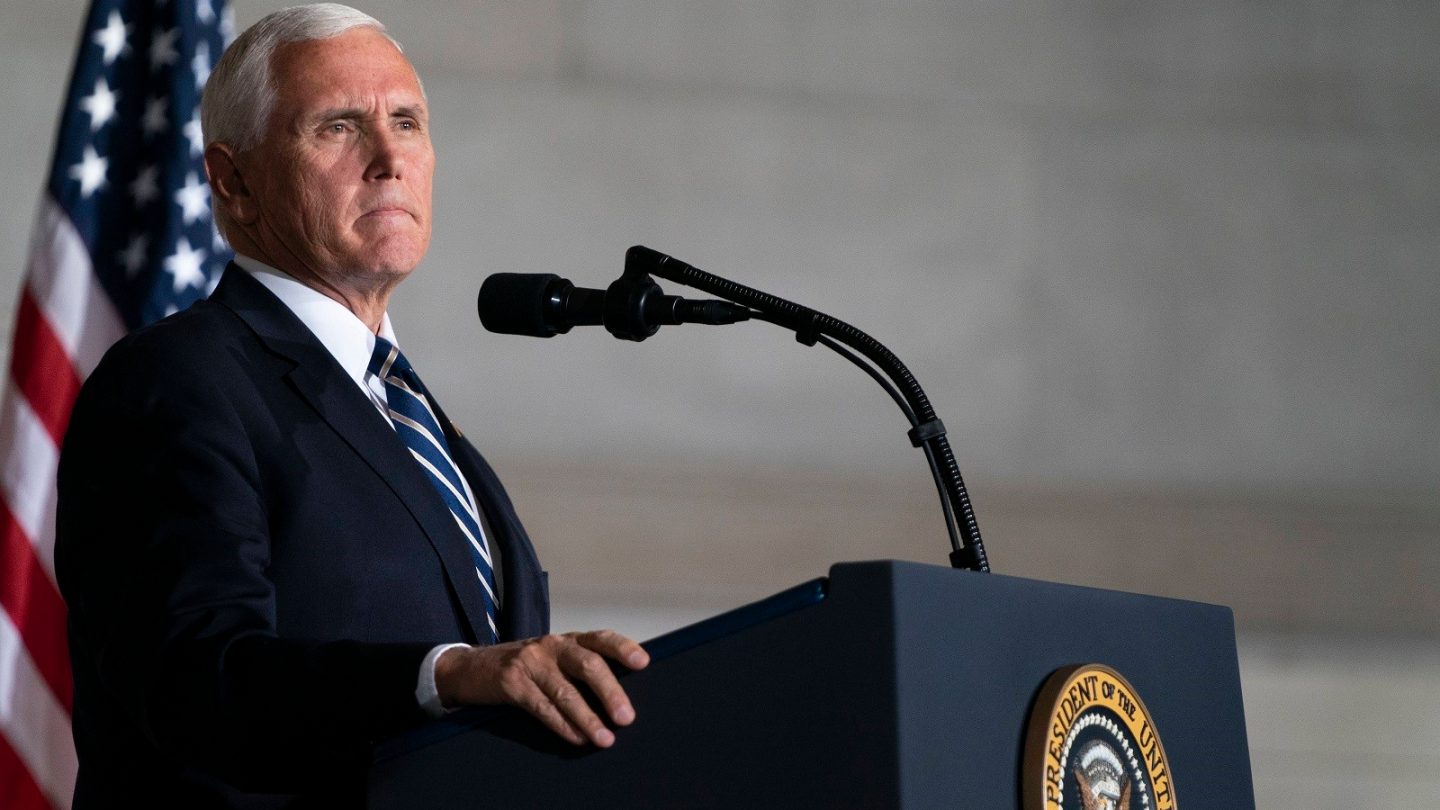 A week ago, President Donald Trump and former Vice President Joe Biden stood just a few feet from one another for nearly two hours during the first presidential debate of 2020. Two days later, Trump confirmed that he’d tested positive for COVID-19. Since then, more than a dozen people in Trump’s orbit have been infected as well, but Mike Pence and Kamala Harris are nevertheless pressing forward with the vice presidential debate Wednesday. To make matters even worse, the state where the debate is taking place is seeing its worst coronavirus outbreak to date.

As CNN reports, Utah is currently averaging over 1,000 cases a day. The state had never reported more than 1,000 in a single day before mid-September, but appears to be in the middle of a worrisome spike just as Pence and Harris roll into town to meet at the University of Utah’s Kingsbury Hall in Salt Lake City.

Salt Lake City Mayor Erin Mendenhall explained the severity of the situation in a press release this week:

Our data’s continuing upward trend is alarming and swift action is necessary. The shift to orange [these are the codes for restriction levels] should be a signal to Salt Lake City residents of the gravity of this situation. With this request, I hope to specifically target the behaviors that are leading to increased infections, like large gatherings, and will work with state and county leaders and other stakeholders to tailor restrictions to those activities.

Due to the rising level of concern surrounding the debate Wednesday night, Senator Kamala Harris’s camp asked that a plexiglass barrier be placed between the two candidates during the debate. There was pushback from Pence’s team at first, but the Commission on Presidential Debates eventually approved the request, and two barriers were erected on the stage. NBC News reporter Amanda Golden offered a sneak peek on Twitter:

And here’s a preview of what those plexiglass barriers look like inside the debate hall. VP Pence will be seated stage left, with Sen. Harris seated stage right pic.twitter.com/YxrH1nrpAW

The commission also reiterated that “everyone in the debate hall will be subject to a variety of health safety protocols, including COVID testing and mask use,” and warned that anyone not wearing a mask “will be escorted out.” President Donald Trump’s family refused to keep their masks on during the presidential debate.

Utah is one of several states where the coronavirus infection rate is spiking as the weather begins to cool. According to the latest numbers from The New York Times, Wisconsin, South Dakota, Montana, Idaho, Wyoming, and Nebraska are among the states with the most pronounced outbreaks in recent days, but dozens of states are currently seeing a rise in case counts after infections mostly plateaued over the summer.