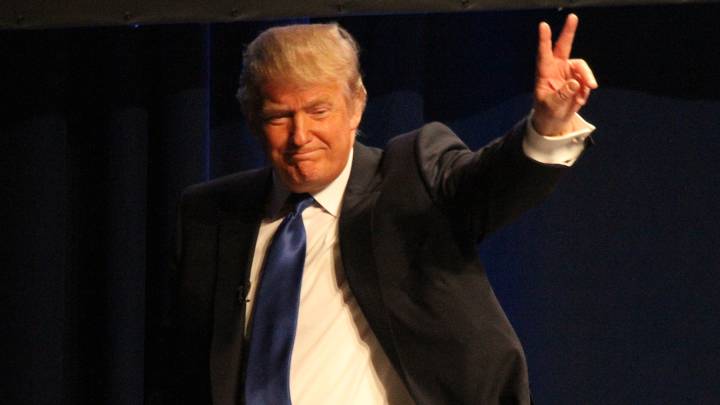 President Donald Trump took to Twitter on Thursday to thank Samsung and say that “we would love to have you,” in response to a report that said Samsung may build a factory in America as a “Trump effect.” It turns out that Samsung isn’t exactly pleased by this unexpected attention, as the company never announced actual plans to build a company in the US and sees Trump’s note on Twitter as a way to pressure it into doing so.

According to Korean news site The Korea Herald, Samsung officials expressed “bewilderment” and confusion over Trump’s praises. Samsung has neither responded to Trump on Twitter, but it didn’t deny the report either.

Samsung is still considering building a plant in the States, but it’s far from confirming anything.

“The US is an important market for Samsung Electronics, and we have been making significant investments, including in Austin, Texas, where we have invested $17 billion to date in our semiconductor manufacturing facility,” Samsung said in a statement.

“We continue to evaluate new investment needs in the US that can help us best serve our customers.”

The Trump tweet didn’t go unnoticed by other companies in South Korea including LG and Hyundai. The Herald explains these companies all have plants in Mexico that make goods for the US markets, and they all face heavier tariffs if Trump’s renegotiates NAFTA.

These companies feel pressured to invest in America.

“We feel pressured for (President Trump) thanking Samsung because nothing has been decided yet, but it could give the wrong impression that Samsung may have done something (as he wished),” an unidentified industry official told the site.

“New investment plans like building factories take a considerable time to review. But with the president making such a comment first, we could be viewed as withdrawing from a plan that we haven’t even decided yet.”