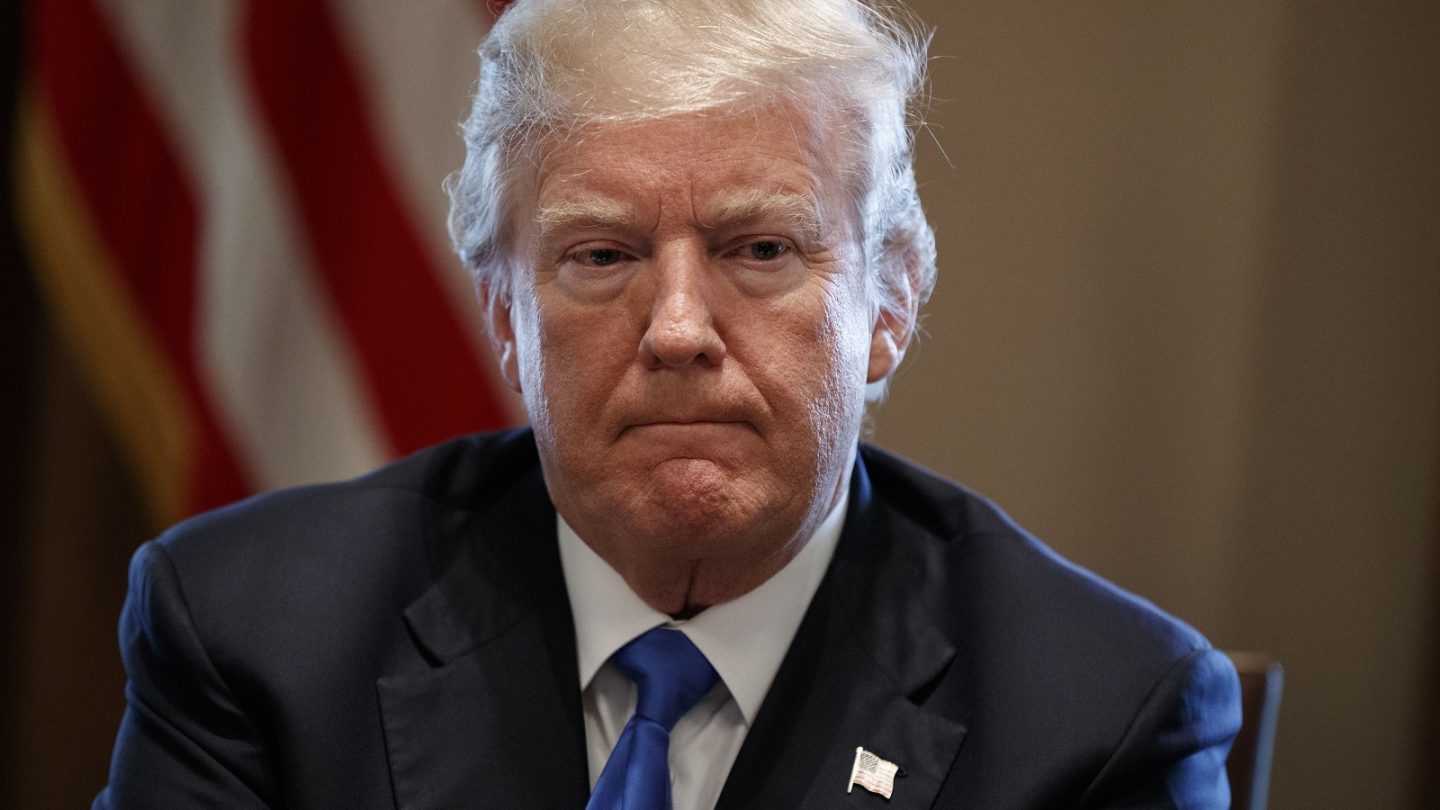 Donald Trump on Tuesday posted messages on Twitter to complain that Google is supposedly suppressing good news about him, and, therefore, that it’s “rigged” against him and other Republicans. He continued his attack later during the day to add Facebook and Twitter to the pile.

But the whole thing is pretty hypocritical, considering that the “fake news” phenomenon that swept Google and Facebook actually helped him win the presidency. Of course, he’s not criticizing that kind of fake news. Just the critical reporting that targets his administration on a regular basis.

Here’s what started the whole thing:

How will it be addressed? White House economic adviser Larry Kudlow is “taking a look” at the claims.

Q: "Does the president believe or does the administration feel that there needs to be some form of regulation for Google?"@larry_kudlow: "We'll let you know. We're taking a look at it." pic.twitter.com/H2yF4adlQR

Google was quick to react to Trump’s remarks, issuing a comment in which it practically says it’s not using Search to seta political agenda, and that search results aren’t biased:

When users type queries into the Google Search bar, our goal is to make sure they receive the most relevant answers in a matter of seconds. Search is not used to set a political agenda, and we don’t bias our results toward any political ideology. Every year, we issue hundreds of improvements to our algorithms to ensure they surface high-quality content in response to users’ queries. We continually work to improve Google Search, and we never rank search results to manipulate political sentiment.

But then Trump expanded on his initial tweets while talking to reporters:

President Trump: "I think that Google and Twitter and Facebook they're really treading on very very troubled territory. And they have to be careful. It's not fair to large portions of the population" pic.twitter.com/yK8Vg1iBJB

I think Google is really taking advantage of a lot of people, and I think that’s a very serious thing, and it’s a very serious charge. And I think what Google and what others are doing if you look at what’s going on at Twitter, if you look at what’s going on in Facebook, they better be careful, because you can’t do that to people. You can’t do it. We have tremendous, we have literally thousands and thousands of complaints coming in, and you just can’t do that. So I think that Google and Twitter and Facebook, they’re really treading on very, very troubled territory, and they have to be careful. It’s not fair to large portions of the population, okay?

As The Verge explains, Trump’s anti-Google rant started after a PJ Media report said that Google favored liberal media in Google News. That report was then picked up by others, including Fox News.

What’s worth noting is that Facebook and Google have been addressing fake news since the 2016 presidential elections with mixed results. The fake news campaigns haven’t stopped. Trump, of course, is not referring to viral stories that are inaccurate when he uses the term. For Trump, fake news represents everything that’s critical of his presidency.

As for Twitter, that’s Trump’s favorite weapon, which he uses to disseminate his opinions to the millions of people who follow him, even though some of those tweets might contain fake information, as well as content that Twitter would not tolerate from others.

Ironically for Google, the company is working on a search engine for China, one that would deliver biased results, as it’d operate under the strict censorship rules of China. That’s the kind of search product that Trump might be right to criticize, although US users would never have access to it.