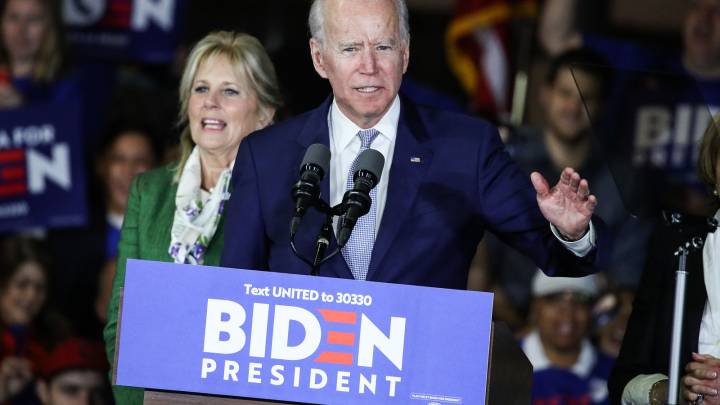 The Trump vs Biden showdown tonight — in the form of 2020’s first presidential debate on the campus of Case Western Reserve University in Cleveland, Ohio — saw fireworks early between President Trump and former Vice President Joe Biden. It arguably made, in fact, for an uncomfortable viewing experience, with both men talking over each other, cutting each other off, and snipping at the other while they responded to queries from moderator Chris Wallace of Fox News. But there was one moment that the millions of people watching at home focused on early, especially on Twitter, and that was particularly memorable. It involved a somewhat raw moment from the former Vice President, who apparently was close to snapping after being needled by President Trump.

This is the moment everyone will be talking about tomorrow, and you can see a clip of it below. At one point, Biden angrily snapped at Trump: “Will you shut up, man?”

“This is so un-presidential,” Biden added, as Trump kept talking. You can see Biden ask Trump to shut up at about the 1-minute mark in the clip below:

Was this an appropriate thing to say, possibly a loss of decorum from a presidential candidate? Or was this a perfectly reasonable reaction to Trump’s aggressiveness tonight? “It’s hard to get any word in with this clown,” Biden lamented later during the debate.

“Will you shut up, man?” couldn’t have been said any better.

Where can I get a bumper sticker that says “Will you shut up, man?”

Probably the line of the night.

Among other important points to note: Biden spent a significant amount of time tonight talking directly to the camera, to voters. That contrasted with President Trump, who either directed his fire at Biden or, alternately, Wallace in the moderator’s chair.

The debate itself was split up into 15-minute segments, each covering different topics. Trump and Biden debated their records, the Supreme Court, COVID-19, the economy, race and violence in US cities, and the integrity of the election. That last topic was of particular significance as Trump has repeatedly refused to commit to a peaceful transfer of power should he lose the election, as he claims the entire process is rigged.