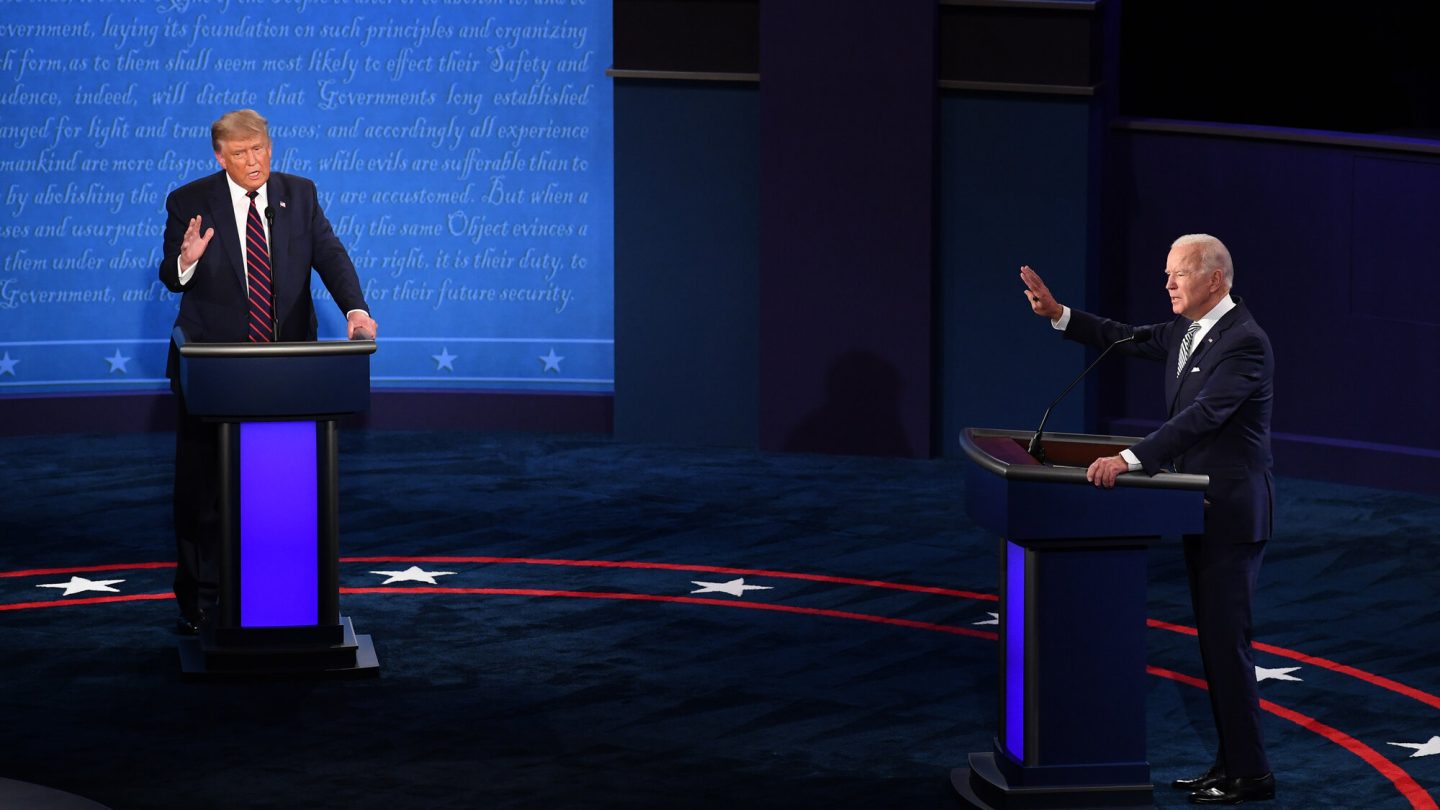 Voters this year, in some ways, will have a pretty straightforward choice come Election Day 2020, thanks to the fact that the differences between the Trump vs Biden presidential tickets — and their respective platforms — could hardly be starker. On everything from immigration to public health vis a vis the response to the coronavirus crisis and so much more, voters face clear-cut distinctions between the two men competing to occupy the White House for the next four years.

One of those many differences between the Trump and Biden approach to governance comes in the form of taxes — and, specifically, both of their thoughts on what an appropriate level of taxation should be going forward.

To that end, a nonpartisan budget watchdog (the Committee for a Responsible Federal Budget) has released an analysis of the Trump and Biden platforms, and announced findings that include the following: Both candidates would pile billions of additional dollars on top of the existing national debt, though a Biden administration would do so to a slightly greater degree. Additionally, over 10 years, President Trump would cut federal tax revenue by almost $2 trillion, while Biden would hike taxes by more than $4 trillion — though the report cautions that those amounts are just within an estimated window, such that the impact of both policies could end up greatly increasing taxes or making them far lower than the current estimates show.

“Based on our low-cost and high-cost estimates, Trump’s plan could increase the debt by between $700 billion and $6.85 trillion through 2030, while Biden’s plan could reduce debt by as much as $150 billion or increase it by as much as $8.30 trillion. These estimates are based on our best understanding of the candidates’ proposals, assume policies are enacted immediately, and exclude any COVID-19 relief proposals.”

Where both candidates split on taxes — which generated one of many flashpoints Tuesday during the vice presidential debate between California Senator Kamala Harris and Vice President Mike Pence — is as follows:

The committee predicts that if Trump wins the election, his policies would include cutting taxes by $1.7 trillion over 10 years, in addition to cutting federal healthcare spending by $150 billion. And if Biden wins, that he would raise taxes by some $4.3 trillion, in addition to spending $2 trillion on healthcare.

Honing in on where Biden’s tax increases would come from, the committee pointed to Biden’s plan to raise taxes on earners making more than $400,000/year. He would also hike capital gains taxes and raise the corporate tax rate from 21% to 28%.