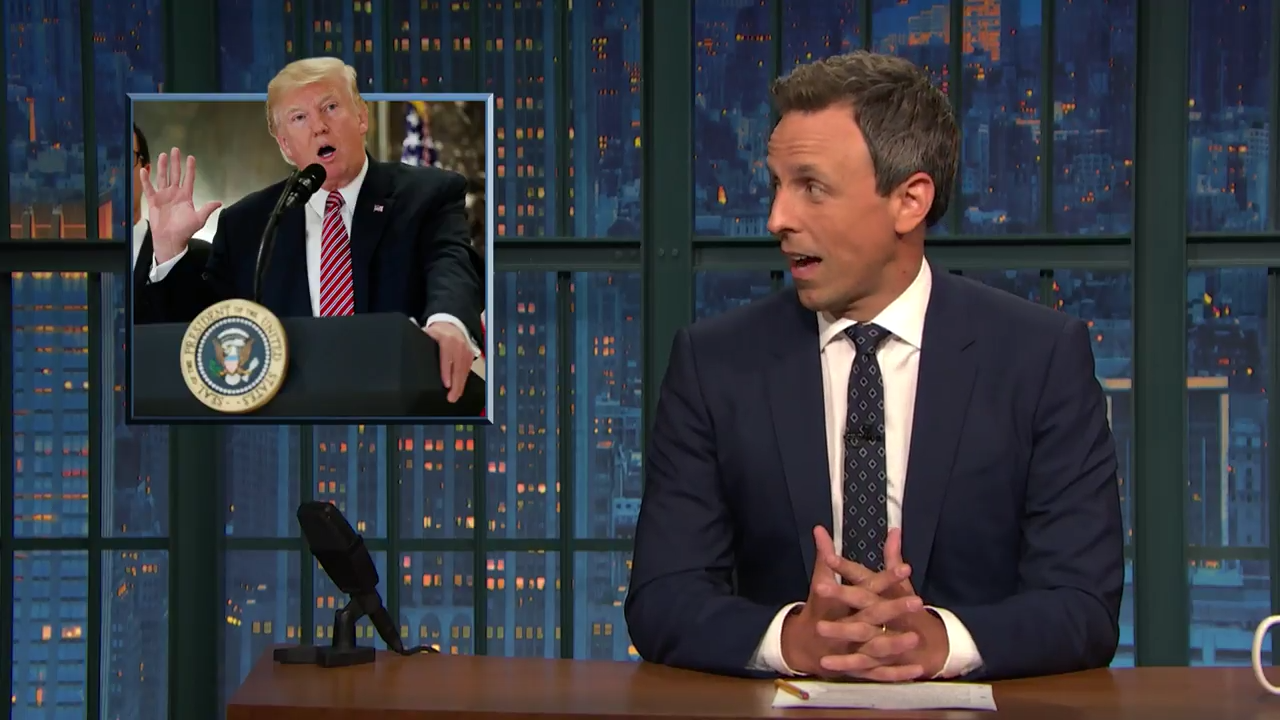 As chaos engulfed Charlottesville, Virginia on Saturday, President Donald Trump delivered a short message condemning violence “on many sides.” The media, the public and politicians on both sides of the aisle called out the president for implying that the white supremacists, neo-Nazi protesters and the man who plowed into a crowd with his car — injuring at dozens of pedestrians and killing a woman named Heather Heyer — should be lumped in with the counter-protesters.

Feeling pressure from “many sides,” Trump eventually delivered a second statement, this time naming and condemning the KKK, neo-Nazis and white supremacists who participated in the protest. But just 24 hours later, he decided to take questions at a news conference which promptly went off the rails as he reverted to his original stance and said that the “alt-left” deserved their share of the blame.

Needless to say, the late night talk show hosts had a field day with Trump’s angry tirade during what was meant to be a discussion about infrastructure. We’ll start with Colbert, whose monologue was entirely focused on the press conference and the reaction to the press conference:

Having seen the press conference just moments before he began taping, Seth Meyers didn’t have the time to dedicate a full segment to the spectacle, but did cover it in a segment appropriately named “Breaking Crazy,” in which Meyers described the news conference as “clinically insane”:

Jimmy Kimmel took a different route. After showing some clips from the news conference and sprinkling in a few jokes, Kimmel proceeded to list off more than a dozen of the crazy things Trump has done since stepping foot in the White House and then came up with a plan to save us all: