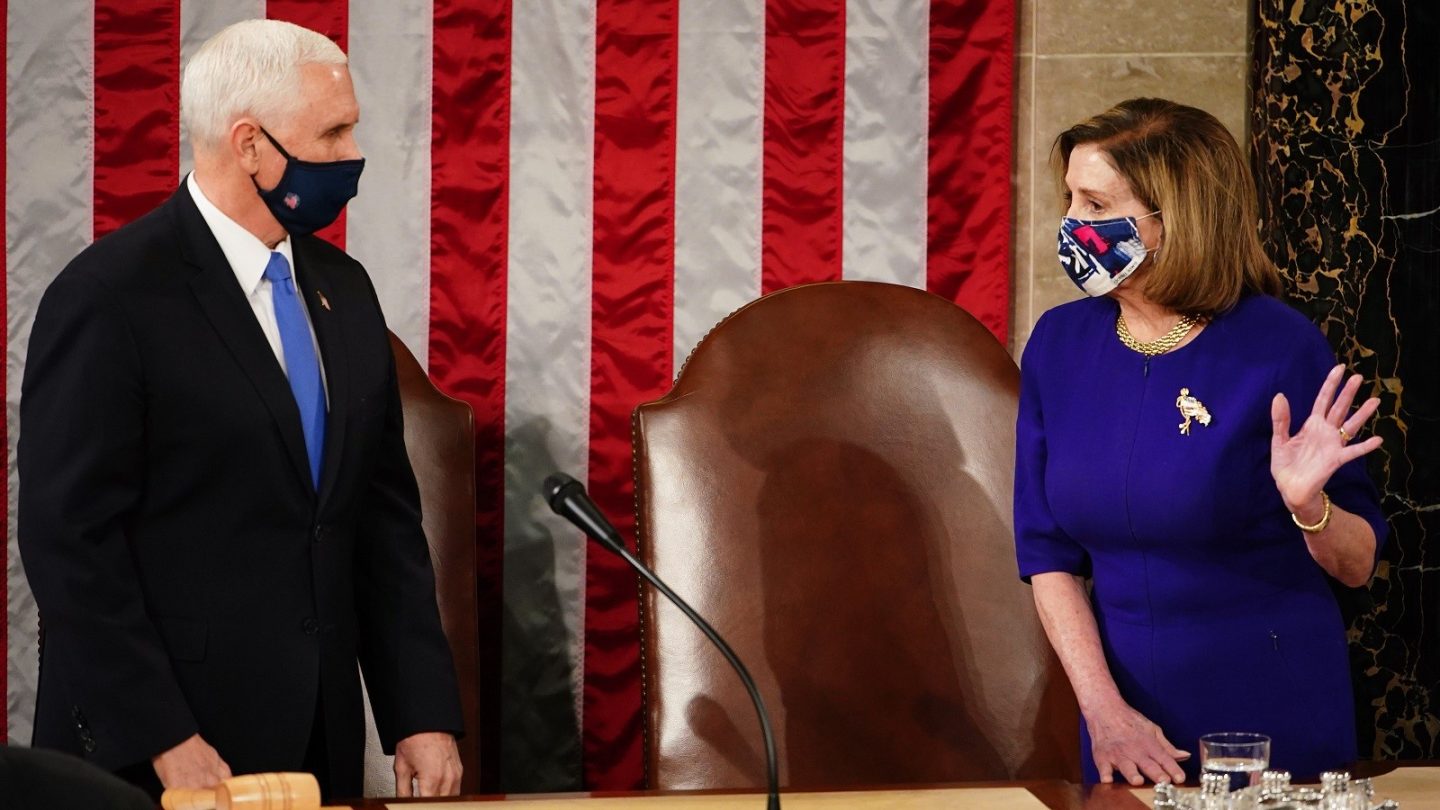 Following the deadly siege on Capitol Hill last week by Trump supporters, House Speaker Nancy Pelosi has revealed the next steps that Congress will take to hold the president accountable for his actions. In a letter to her colleagues on Sunday, Pelosi said that she and Majority Leader Steny Hoyer will request unanimous consent on Monday to bring up the Raskin resolution for a vote, which would call on Vice President Pence to invoke the 25th Amendment, declaring Trump incapable of carrying out his duties and making Pence acting president.

If any member of the House blocks the unanimous consent request (which is all but inevitable), Speaker Pelosi plans to bring the resolution to the floor for a vote on Tuesday. The bill should have the votes to pass, and Congress wants to hear back from Pence within 24 hours. After that, impeachment proceedings will begin.

Representatives Ted Lieu (D-CA), David Cicilline (D-RI), and David Raskin (D-MD) shared the article of impeachment on Monday, charging Trump with “incitement of insurrection” for the actions he took before the attack on Congress last Wednesday. The resolution points to Trump’s “false statements asserting that the Presidental election results were the product of widespread fraud” as well as his fateful speech in Washington, DC during which he “made statements that, in context, encouraged — and foreseeably resulted in — lawless action at the Capitol.”

“In all this, President Trump gravely endangered the security of the United States and its institutions of Government,” the resolution states, calling for a trial and removal from office. “He threatened the integrity of the democratic system, interfered with the peaceful transition of power, and imperiled a coequal branch of Government. He thereby betrayed his trust as President, to the manifest injury of the people of the United States.”

If the resolution passes the House, it will move to the Senate, where a two-thirds majority vote is required to convict and remove a sitting president from office. If every senator is in attendance, at least 67 would need to vote to convict Trump, but that threshold would drop if there are less than 100 senators present. If there are Senate Republicans who believe Trump should be removed but don’t want to attach their names to his removal, they could simply not show up. That said, in addition to this being fairly unlikely, Senate Majority Leader Mitch McConnell has indicated that he won’t call the Senate back from recess before January 19th — the day before Biden is sworn in.

While a conviction may come after President Trump’s term ends — if it comes at all — it would ensure that he would be disqualified from ever holding public office in the United States in the future.