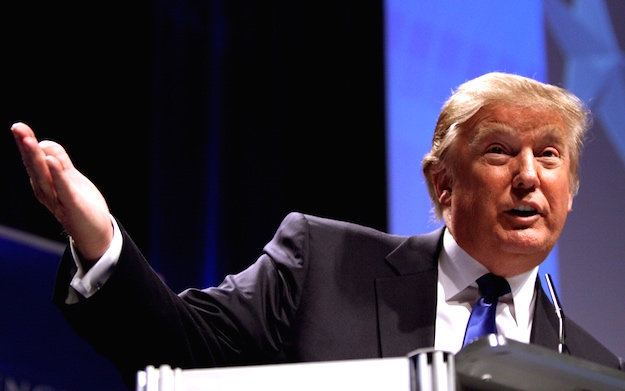 President Donald Trump this past Friday signed off on an Executive Order which restricts refugees from 7 predominantly Muslim countries from entering the United States for a period of 90 days. In turn, Trump’s new immigration initiative has been widely criticized from all angles and has sparked sharp criticism and waves of protests across the country.

Notably, tech industry giants have been particularly vocal in their opposition to Trump’s new immigration policies. This past Friday, Google CEO Sundar Pichai sent a heartfelt email to Google employees (obtained by The Wall Street Journal) stating that as many as 187 Google employees may be affected by the aforementioned travel ban. Pichai added that the search giant will do any and everything in its power to help them.

“We’re upset about the impact of this order and any proposals that could impose restrictions on Googlers and their families, or that could create barriers to bringing great talent to the US,” Pichai said. “It’s painful to see the personal cost of this executive order on our colleagues.”

Also entering the fray, Apple CEO Tim Cook over the weekend sent out a company wide email expressing similar concern regarding Trump’s immigration policies. Incidentally, it’s worth noting that Apple co-founder Steve Jobs was himself the son of a Syrian immigrant.

Cook’s letter to Apple employees, via Business Insider, can be read below:

In my conversations with officials here in Washington this week, I’ve made it clear that Apple believes deeply in the importance of immigration — both to our company and to our nation’s future. Apple would not exist without immigration, let alone thrive and innovate the way we do.

I’ve heard from many of you who are deeply concerned about the executive order issued yesterday restricting immigration from seven Muslim-majority countries. I share your concerns. It is not a policy we support.

There are employees at Apple who are directly affected by yesterday’s immigration order. Our HR, Legal and Security teams are in contact with them, and Apple will do everything we can to support them. We’re providing resources on AppleWeb for anyone with questions or concerns about immigration policies. And we have reached out to the White House to explain the negative effect on our coworkers and our company.

As I’ve said many times, diversity makes our team stronger. And if there’s one thing I know about the people at Apple, it’s the depth of our empathy and support for one another. It’s as important now as it’s ever been, and it will not weaken one bit. I know I can count on all of you to make sure everyone at Apple feels welcome, respected and valued.

Apple is open. Open to everyone, no matter where they come from, which language they speak, who they love or how they worship. Our employees represent the finest talent in the world, and our team hails from every corner of the globe.

In the words of Dr. Martin Luther King, “We may have all come on different ships, but we are in the same boat now.”

As for other tech companies taking a stand, Lyft over the weekend promised to donate $1 million to the ACLU to help them fight on behalf of refugees.

“Banning people of a particular faith or creed, race or identity, sexuality or ethnicity, from entering the U.S. is antithetical to both Lyft’s and our nation’s core values,” Lyft said in a statement. “We stand firmly against these actions, and will not be silent on issues that threaten the values of our community.”

In a similar vein, Netflix CEO Reed Hastings took to Facebook where he characterized Trump’s immigration plan as patently un-American.

Trump’s actions are hurting Netflix employees around the world, and are so un-American it pains us all. Worse, these actions will make America less safe (through hatred and loss of allies) rather than more safe. A very sad week, and more to come with the lives of over 600,000 Dreamers here in a America under imminent threat. It is time to link arms together to protect American values of freedom and opportunity.

Also of note is that Airbnb CEO Brian Chesky promised to provide free housing for refugees unable to stay in the United States.

Airbnb is providing free housing to refugees and anyone not allowed in the US. Stayed tuned for more, contact me if urgent need for housing

Tesla CEO Elon Musk also chimed in on the matter.

Some other statements of note include remarks from Microsoft CEO Satya Nadella and Box CEO Aaron Levie.

Nadella relayed the following via LinkedIn.

As an immigrant and as a CEO, I’ve both experienced and seen the positive impact that immigration has on our company, for the country, and for the world. We will continue to advocate on this important topic.

And perhaps taking the strongest position of all, Levie had this to say on the matter.

On every level -moral, humanitarian, economic, logical, etc.- this ban is wrong and is completely antithetical to the principles of America.

We’ll make sure to update this post as the saga continues to play out.