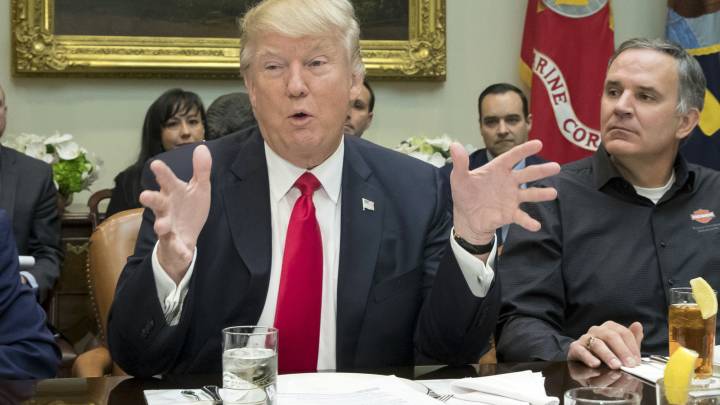 Today marks two full weeks since Donald Trump was sworn in as President of the United States, and so far, things have been… interesting. Trump’s supporters have continued applaud the president’s unorthodox approach and his controversial policies, while others have become even more vocal in their opposition. Millions of people in America and around the world have protested Trump in some capacity over the last two weeks, with the most notable protests thus far having been the recent women’s marches on Washington, New York, Los Angeles and other major cities. In fact, Trump quickly became the fastest president ever to receive majority disapproval in a Gallup poll. George W. Bush’s first majority disapproval came after 1,205 days in the White House, Obama took 936 days and Bill Clinton managed to enter the red in just 573 days. How long did it take for America to sour on Trump’s presidency? Eight days.

Times are tumultuous right now indeed, but they say laughter is the best medicine. Well, if you want a laugh, you’ll definitely want to check out the Trump executive order generator.

Over the course of the next four years, Donald Trump is going to be the butt of many jokes. Trump has a tendency to rub people the wrong way and, much to the president’s chagrin, people seem to enjoy laughing at him. Some presidents take criticism in stride and perhaps even come away with some ideas for how to better serve the people of America. Trump… does not.

Speaking of putting words in the president’s mouth, software engineer and Google project manager Isaac Hepworth created a comical little tool that allows you to write your own executive order. Trump’s various executive orders have been the subject of much commotion over the past two weeks, and now the people of America finally have a chance to make their voices heard.

The site is quite simple. Just click on the EO in President Trump’s hands, enter whatever text (or emojis) you’d like, and then take a screenshot to share your masterpiece on Facebook, Twitter or anywhere else you’d like. Can you craft a better executive order than our president? Head to the Trump executive order generator page and find out.