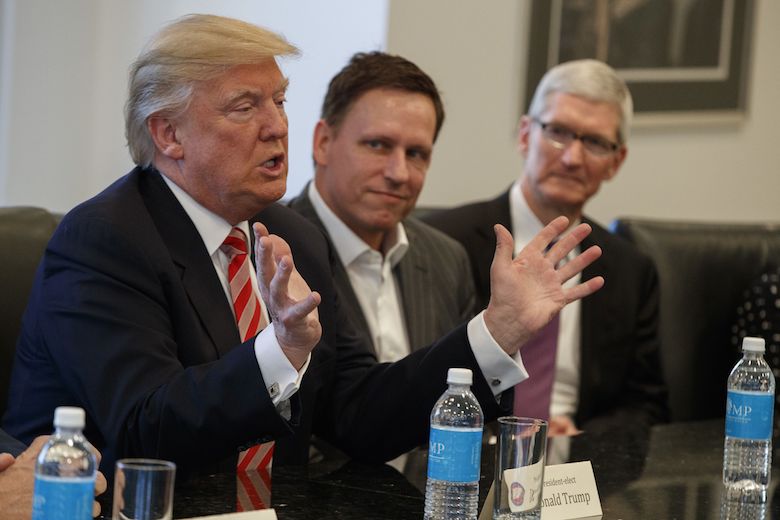 Cybersecurity and cyberwarfare — now endearingly known as “the cybers” — were a constant focus during last year’s presidential campaign. Donald Trump promised immediate action on cybersecurity if he won the presidency, and a draft executive order obtained by the Washington Post shows us what he’s planning to do about the threats posed by 400-pound hackers.

The draft executive order doesn’t lay out much of a concrete plan for securing America’s digital infrastructure, or make substantive changes to the government agencies tasked with cybersecurity.

Instead, the order gives the executive branch 60 days to conduct a thorough review of where things stand currently. The White House wants a review of America’s cyber vulnerabilities, cyber adversaries, cyber capabilities, and how the private sector might be compelled to help the government with cybersecurity.

Notably absent from the document: any specific mention of Russia or China, the nation-states most commonly associated with cyberattacks on government agencies and private institutions. There’s also no mention of encryption, which is normally the one topic where law enforcement and private companies come to blows.

The reports commissioned by the executive order are primarily the responsibility of the Secretary of Defense, the Secretary of Homeland Security and the Director of National Intelligence, with assistance from other officials. No mention is made of Trump’s other, younger cybersecurity adviser.