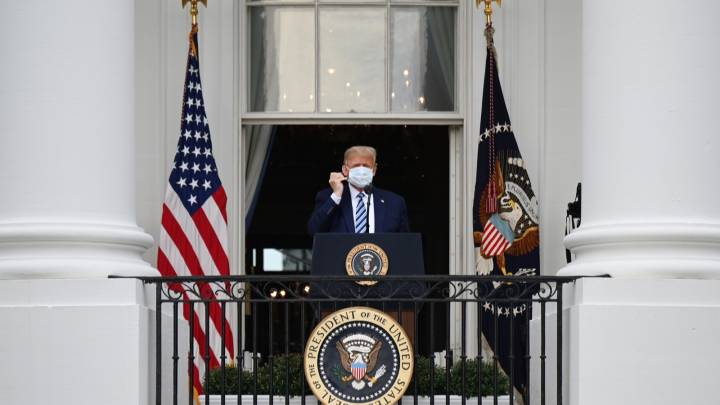 When President Donald Trump announced that he had the coronavirus earlier this month, the initial prognosis from outside medical experts wasn’t all that encouraging. Trump, after all, is male, is in his mid-70s, and is technically obese. Taken together, Trump is exactly the type of patient likely to endure some of the more severe coronavirus symptoms. It’s of course no secret that the coronavirus tends to wreak more havoc on older individuals who are out of shape. And Trump, who famously has a soft spot for fast food, isn’t exactly a paragon of health.

As a result, it was a bit curious when the White House initially said that Trump was only experiencing “mild symptoms” after being admitted to Walter Reed hospital. Compounding matters is that Sean Conley — Trump’s White House physician — often gave cryptic, and at times contradictory, remarks regarding Trump’s physical well-being. As a prime example, Conley initially refused to disclose that Trump had received supplemental oxygen for reasons that still seem bizarre.

“I was trying to reflect the upbeat attitude,” Conley said of his initial decision to keep that information private, “that the team, the president, that his course of illness has had. I didn’t want to give any information that might steer the course of illness in another direction. And in doing so, it came off that we’re trying to hide something, which wasn’t necessarily true.”

Fast forward a few days and Trump eventually left the hospital after receiving a number of experimental drugs not currently available to the public. One such drug was an antibody cocktail — developed by Regeneron Pharmaceuticals — designed to decrease viral levels of the coronavirus and reduce the severity of coronavirus symptoms.

With Trump having since met the CDC criteria to end his isolation and resume normal day-to-day function, it has come to light that Trump’s coronavirus symptoms were more severe than the public was initially led to believe.

During a radio interview with Rush Limbaugh last week, Trump admitted that he “was not in great shape” and that he may “not have recovered at all” if it wasn’t for the experimental drugs he received.”

Trump’s remarks, of course, are at odds with the initial narrative which held that Trump was only transported to Walter Reed as a “precautionary measure.”

It has also been revealed that Trump, during the course of his hospitalization, “was given oxygen treatment as well as dexamethasone, a steroid normally reserved for severely ill Covid-19 patients with lung damage.”

Commenting on Trump contracting the coronavirus in the first place, Joe Biden last week said he wasn’t surprised given White House events that don’t adhere to social distancing guidelines and Trump’s refusal to wear a mask.