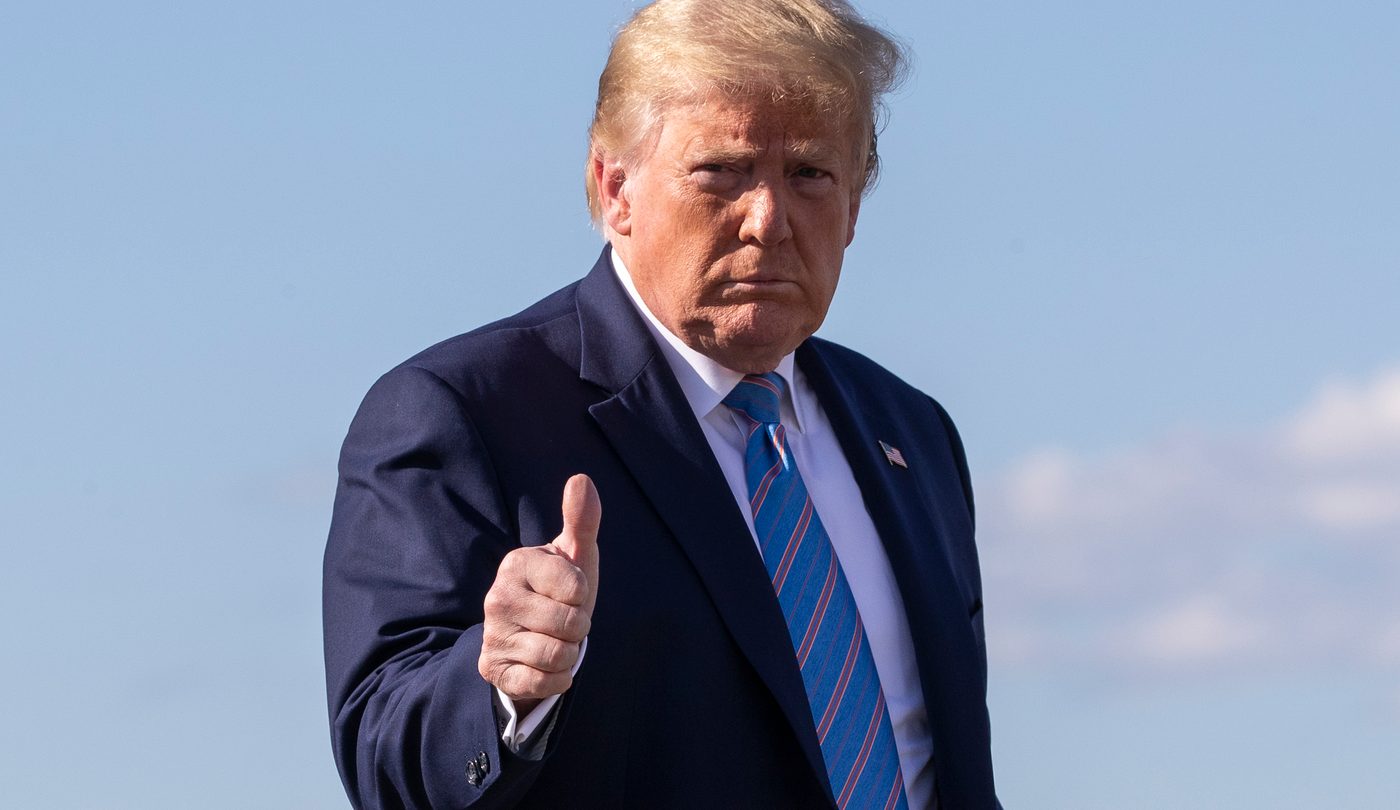 President Trump sat down with Fox News Sunday’s Chris Wallace over the weekend for a doozy of an interview, which touched on the usual suspects ranging from coronavirus testing to his campaign rallies — in addition to veering off along an extremely news-making tangent. One in which the leader of the free world bragged about having “aced” a cognitive test, a test that he, in fact, took at Walter Reed Medical Center, where the president said doctors were “very surprised” at his apparently fantastic results. “That’s an unbelievable thing,” Trump told Wallace that the doctors said to him about his test results. “Rarely does anybody do what you just did.”

At one point during the interview, Trump speculated that Wallace might not do as well as Trump on the test. To which Wallace replied that, well, he actually found the test online and took it. Spoiler — it didn’t apparently require the great feats of intellectual prowess that Trump hinted at, because Wallace lamented to the president that one of the questions asks you to identify the picture of an animal.

Here’s a bit of the exchange between Trump and Wallace during Sunday’s interview that was specifically about the test (which you can see and take yourself at the bottom of this post):

Wallace: In the Fox poll, they asked people, who is more competent? Who’s got — whose mind is sounder? Biden beats you in that.

Wallace: Incidentally, I took the test too when I heard that you passed it.

Trump: Yeah, how did you do?

Wallace: It’s not — well it’s not the hardest test. They have a picture and it says “what’s that” and it’s an elephant.

Trump: No, no, no … You see, that’s all misrepresentation.

Wallace: Well, that’s what it was on the web.

Trump on Cognitive Tests: I actually took one.. and I proved I was all there because I aced it… I took it at Walter Reed Medical Center in front of doctors and they were very surprised. They said that’s an unbelievable thing, rarely does anyone do what you just did pic.twitter.com/pwxcjRVL3V

NBC reported back in 2018 that President Trump took the Montreal Cognitive Assessment during an annual physical. According to the testing instructions, which I found via the US Dept. of Veterans Affairs website, the MoCA is “designed as a rapid screening instrument for mild cognitive dysfunction. It assesses different cognitive domains: attention and concentration, executive functions, memory, language, visuoconstructional skills, conceptual thinking, calculations, and orientation.”

To put this as delicately as possible, in other words, this is a test that measures decline — not intelligence, per se. Interesting that it was seen fit to include in the president’s annual physical, but I’ll leave that to others to make any significance out of. For now, if you’d like to check the test out yourself, here’s how you do so:

The test website prohibits the sharing of the test or links leading to it, but if you Google “MoCA Test,” just click the top result and that will take you there. You can also see the test in the tweet below:

Wallace: Well, it’s not the hardest test. They have a picture and it says “what’s that” and it’s an elephant https://t.co/BnsHPO6Nfc pic.twitter.com/hMI8rSdQJl