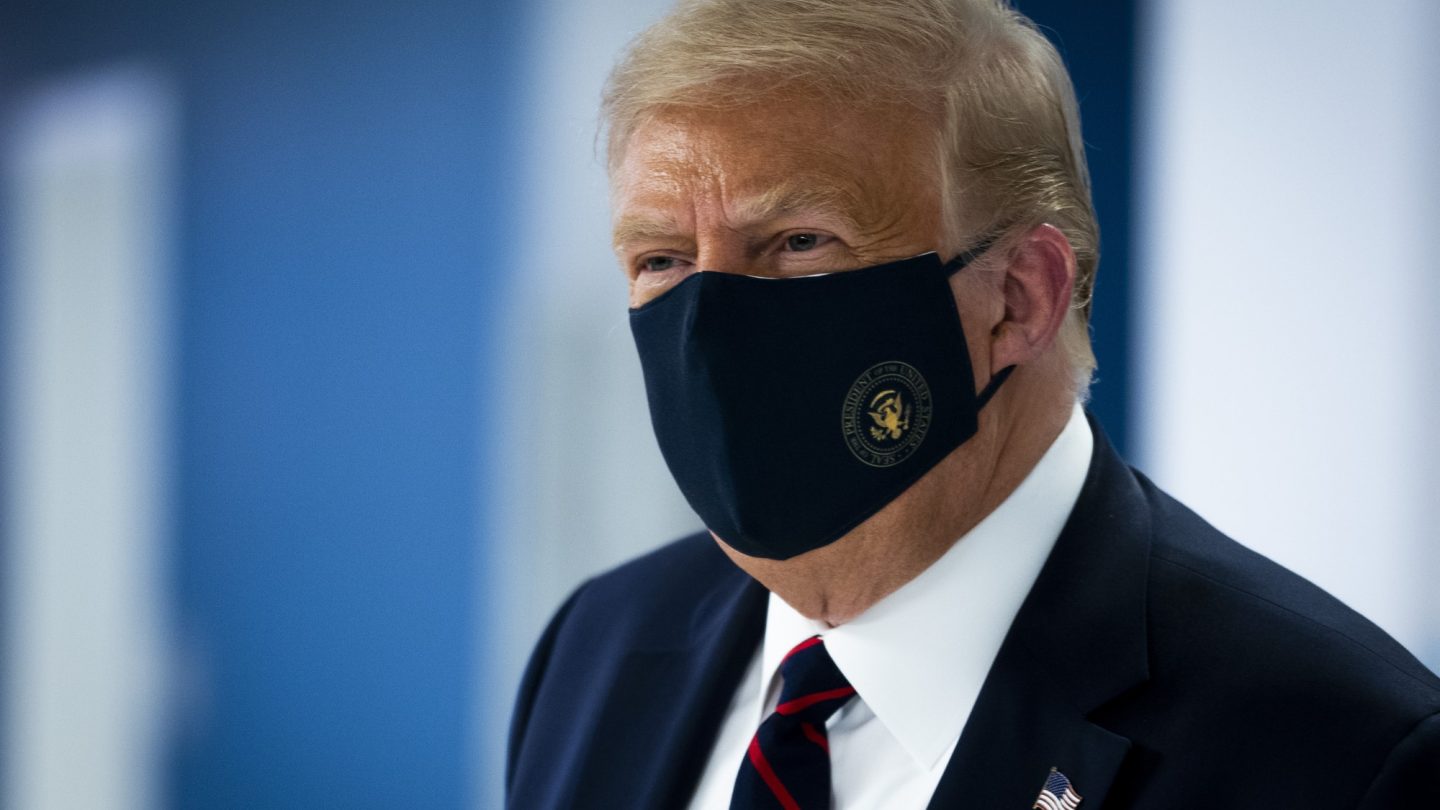 The Trump campaign on Monday made an announcement that would have seemed improbable just a month or two ago, when the president was still staunchly resisting being seen with a face mask — even dismissing them at one point as a “double-edged sword.” So it came as a bit of surprise that on Monday (which, incidentally, was opening night for the 2020 Democratic National Convention) Trump’s campaign announced that it will begin selling Trump-branded coronavirus face masks.

It should go without saying, it’s laughably easy to tut-tut and shake your head at the obviously necessary — and ridiculously late — course-correction here. But it should not go without saying that, bottom line, this is a good thing. If it takes selling MAGA-branded face masks to get more people and Trump supporters heretofore resistant to assorted public guidelines thus far during the pandemic, there will be a public health benefit to more people wearing more face masks.

“President Donald J. Trump’s re-election campaign today launched the sale of Trump 2020 face covers in different colors and designs, providing supporters with new ways to show their support for President Trump’s re-election while taking safety precautions during the coronavirus outbreak,” the campaign announced on Monday. “President Trump has been leading the nation through the crisis, taking a whole-of-America approach to fight coronavirus, using the best of public and private resources to slow the spread in the United States. The President urges all patriotic Americans to wear a face cover when they are unable to socially distance.”

This is what greets visitors to Trump’s campaign site:

Dr. Gregory Kirk, a professor of infectious disease epidemiology at Johns Hopkins University, told NBC News recently that of the more than 170,000 reported coronavirus deaths in the US, some of them are attributable to the lack of a forceful direction on face masks at the national level. “People have died because we haven’t had consistent messaging on mask-wearing,” he said. “I don’t think that’s really up to debate.”

On May 26, Trump had an exchange with a reporter during a press conference at the White House which typified his previous attitude towards masks, almost as if he viewed wearing them as a sign of weakness and some sort of concession that the coronavirus pandemic was out of control.

“Can you take it off?” Trump asked one reporter during that event. “Because I cannot hear you.”

“Oh, okay,” Trump snapped. “Because you want to be politically correct. Go ahead.”

Has the president since had a change of heart? Is it a last-ditch attempt to recover some political ground? Maybe some other reason entirely led to this tweet from the president in July, which itself preceded his campaign selling masks: