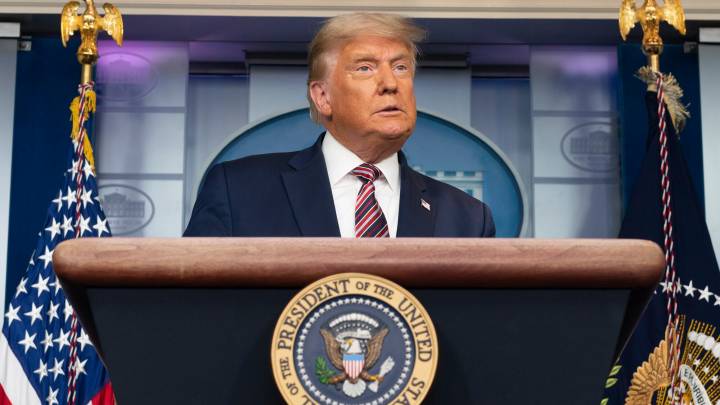 In his victory speech delivered to the nation on Saturday, President-elect Joe Biden offered an eloquent, hopeful vision for the America he hopes to lead come January. He promised to “marshal the forces of science and the forces of hope in the great battles of our time” and to usher in “a time to heal” the nation from the rancor and division of the past four years of the Trump administration. Some Democrats, however, are still so angry about the candidate they beat that they didn’t get the memo about healing and unity — and they’ve gone so far as to start a project to blackball some Trump administration staffers from future employment.

This effort, calling itself the Trump Accountability Project, has set up a website and has already been touted by former Obama campaign spokesman Hari Sevugan. The website, available here, declares in part: “Those who took a paycheck from the Trump Administration should not profit from their efforts to tear our democracy apart. The world should never forget those who, when faced with a decision, chose to put their money, their time, and their reputations behind separating children from their families, encouraging racism and anti-Semitism, and negligently causing the unnecessary loss of life and economic devastation from our country’s failed response to the COVID-19 pandemic.”

Putting Trump administration staffers on a list of people to blackball seems to be a project that New York congresswoman Alexandria Ocasio-Cortez seems supportive of. She tweeted on Friday: “Is anyone archiving these Trump sycophants for when they try to downplay or deny their complicity in the future? I foresee decent probability of many deleted Tweets, writings, photos in the future.”

Without pointing directly to the time for “healing” that Biden called for in his victory speech, an anonymous White House official quoted by Politico describes these kinds of moves as scary and un-American.

“What’s scary is that she’s serious,” this person said. “… The idea that a sitting member of Congress wants to purge from society and ostracize us should scare the American people.”

All of this, of course, is only one more example of how the post-Election, lame duck season that will last through the end of this year and into early January is one of the most extraordinary the US has ever experienced. Consider:

There is, suffice it to say, nothing remotely normal about any of this. That includes the push to essentially run Trump political appointees out of town and to try and prevent them from working again, apparently.

.@kaitlancollins just reported WH staff are starting to look for jobs. Employers considering them should know there are consequences for hiring anyone who helped Trump attack American values. Find out how at the Trump Accountability Project.https://t.co/7z4tDKsSQb

Specifically, these are among the groups of people the Trump Accountability Project is targeting:

“Those who elected him. Individuals who worked for the Trump for President campaign, Republican National Committee, and affiliated organizations and contributed to undermining confidence in the American electoral process and the objectivity of fair journalism with baseless claims.

“Those who staffed his government. Individuals who worked as political appointees in the Trump Administration and contributed to policies including family separation, using the Department of Justice to undermine a free and fair election, and preventing the American people from hearing the truth about the threat from COVID-19.”