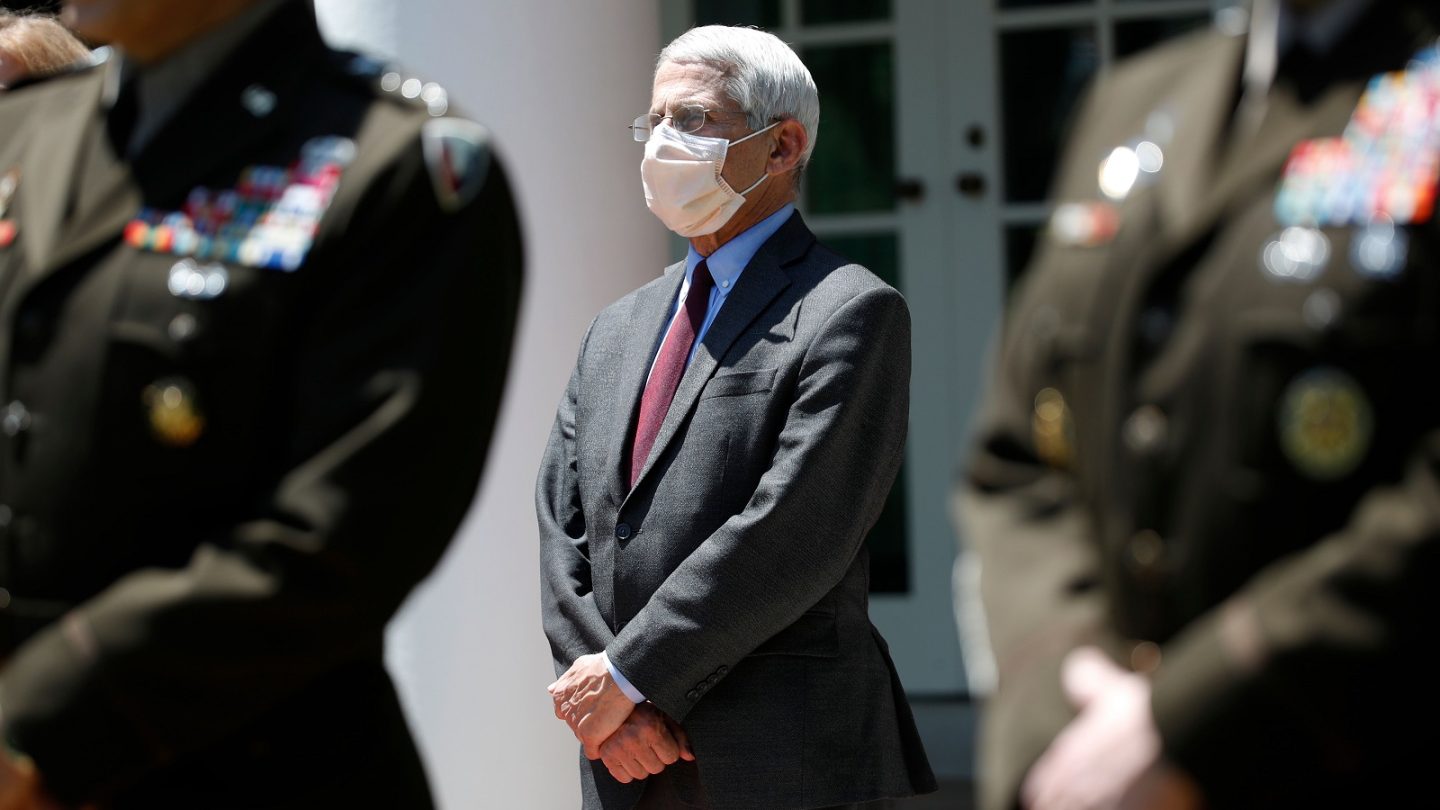 We’re now apparently at the stage of the coronavirus pandemic where decision-makers at the federal level, bereft of ideas on how to actually solve the greatest crisis the US has faced in generations, have resorted to trashing the White House advisor the general public has been paying the most attention to as a voice of authority since the COVID-19 outbreak began.

We’re referring, of course, to Dr. Anthony Fauci, the director of the National Institute of Allergy and Infectious Diseases, who estimates that he hasn’t briefed President Trump about the coronavirus in two months now. All the while, President Trump in recent days has erroneously declared that 99% of coronavirus cases are essentially “harmless,” while the latest numbers out of Johns Hopkins University show that almost 3.3 million coronavirus infections have now been identified in the US, and more than 135,000 people here have died. Moreover, coronavirus “recoveries” aren’t necessarily as simple as that sounds, with a new coronavirus study from researchers at University College London indicating that COVID-19 can cause brain damage and a variety of neurological issues that linger. All of this is why it’s so extraordinary that the White House’s latest move to deal with the crisis, as the country gets deeper into planning whether to reopen schools this fall or not, is to … just start openly trashing Dr. Fauci in the press.

NBC notes that this kind of information dump on Fauci is “a move more characteristic of a political campaign furtively disseminating ‘opposition research’ about an opponent than of a White House struggling to contain a pandemic that has already killed more than 135,000 Americans, according to an NBC News tally.”

It’s not just Fauci, though. When people describe this as the “novel coronavirus,” the novel refers to its newness — the fact that none of us has ever encountered this before. Everyone is learning in real-time, on the fly. And, hopefully, adjusting expectations as new facts are learned. People like US Surgeon General Dr. Jerome Adams, who was somewhat pilloried on Sunday for an answer he gave about why he had donned a mask for an interview with CBS, despite having tweeted things like this during the early days of the pandemic:

“It’s important for people to understand that once upon a time we prescribed cigarettes for asthmatics, and leeches and cocaine and heroin for people as medical treatments,” Adams said on Sunday. Watch his full response below:

What’s unfortunate is that these kinds of things will serve as yet another Rorschach test that most likely confirms what people already believed. If you were already an anti-vaxxer, refusing to wear a face mask right now because of some notion about freedom, these kinds of about-face statements will reinforce for you that, see, the experts don’t know anything.

If, on the other hand, you are among the many Americans dismayed about how the country is responding to this catastrophe, you will see these kinds of things for what they are. People trying to do the best they can with the information they have at the time, a task that’s made all the more difficult when there’s someone above you who’d rather that this inconvenient crisis just go away.