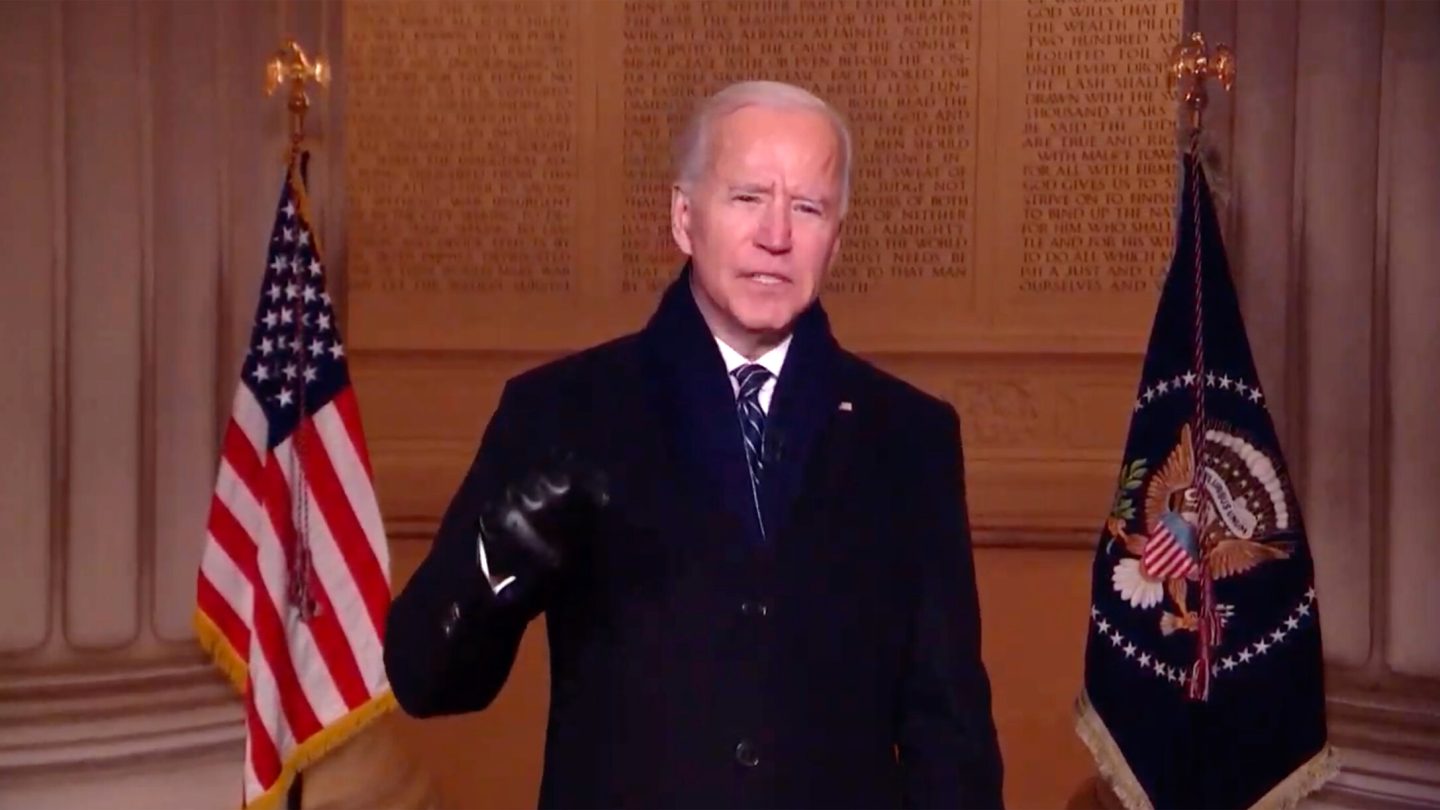 No sooner did we write yesterday about a favorite tactic Republicans like to employ against Democrats — using legislative maneuvers to weaken major Democratic bills that the GOP opposes but can’t kill, and then refusing to vote for the end result — than it seems like the same thing is about to happen to President Biden’s $1.9 trillion stimulus plan.

That plan, which includes funding to provide millions of Americans with a third stimulus check, may yet survive Republican attempts to water it down. After all, Democrats enjoy majorities in both houses of Congress, even if their majority in the Senate is the slimmest one they could possibly have (with Vice President Kamala Harris’ tie-breaking vote being the only thing standing in the way of GOP control of the upper chamber). In an interview with MSNBC’s Rachel Maddow on Monday night, Democratic Senate Majority Leader Chuck Schumer brought up the lessons the party learned about working with the other side during the Obama years to frame the coming fight over Biden’s new stimulus bill. That’s important because party elders like Schumer see the GOP as poised to use the same strategy they hurled at Obamacare — negotiate behind the scenes to weaken the bill, then refuse to vote for the outcome, forcing Democrats to pass an unsatisfying end product — to make Biden’s plan for a third round of stimulus checks less generous.

Several lawmakers have voiced concern about the $1,400 stimulus checks because they aren’t targeted at those who have been most severely affected by the pandemic. And not just at those most hurt by the pandemic — A group of 16 senators, including Democrat Joe Manchin and Republican Susan Collins, are pushing for the next round of stimulus checks to target families in the greatest financial need, according to outlets like The Washington Post and Politico. The thinking here is that stimulus check recipients who have less need for the money also have less inclination to spend the checks (which is the whole point of them in the first place) and are more likely to just save the money or use it to pay bills.

This seems to leave the door open to the possibility that the $1,400 checks won’t get sent to everyone who received a $600 check when the last stimulus package was signed into law.

Biden himself has said he doesn’t oppose at least exploring a change along these lines. “There’s legitimate reason for people to say, ‘Do you have the lines drawn the exact right way? Should it go to anybody making over X number of dollars or Y?” Biden said at a press availability on Monday. “I’m open to negotiate those things.”

Along these same lines, data from nonprofit research group Opportunity Insights suggests that targeting the third round of stimulus checks at individuals making less than $75,000 would do the economy more good than allowing people with incomes higher than that to also get a stimulus check.

Even so, some Democrats nevertheless see a path forward for the new stimulus bill without GOP support, if need be. California Democratic Rep. Ro Khanna, for example, is calling for Democrats to use a parliamentary maneuver called reconciliation to pass the Biden stimulus plan. Under that process, legislation can be pushed through the Senate simply with a majority vote. Republicans, for example, did this in 2017 to pass President Trump’s tax bill.