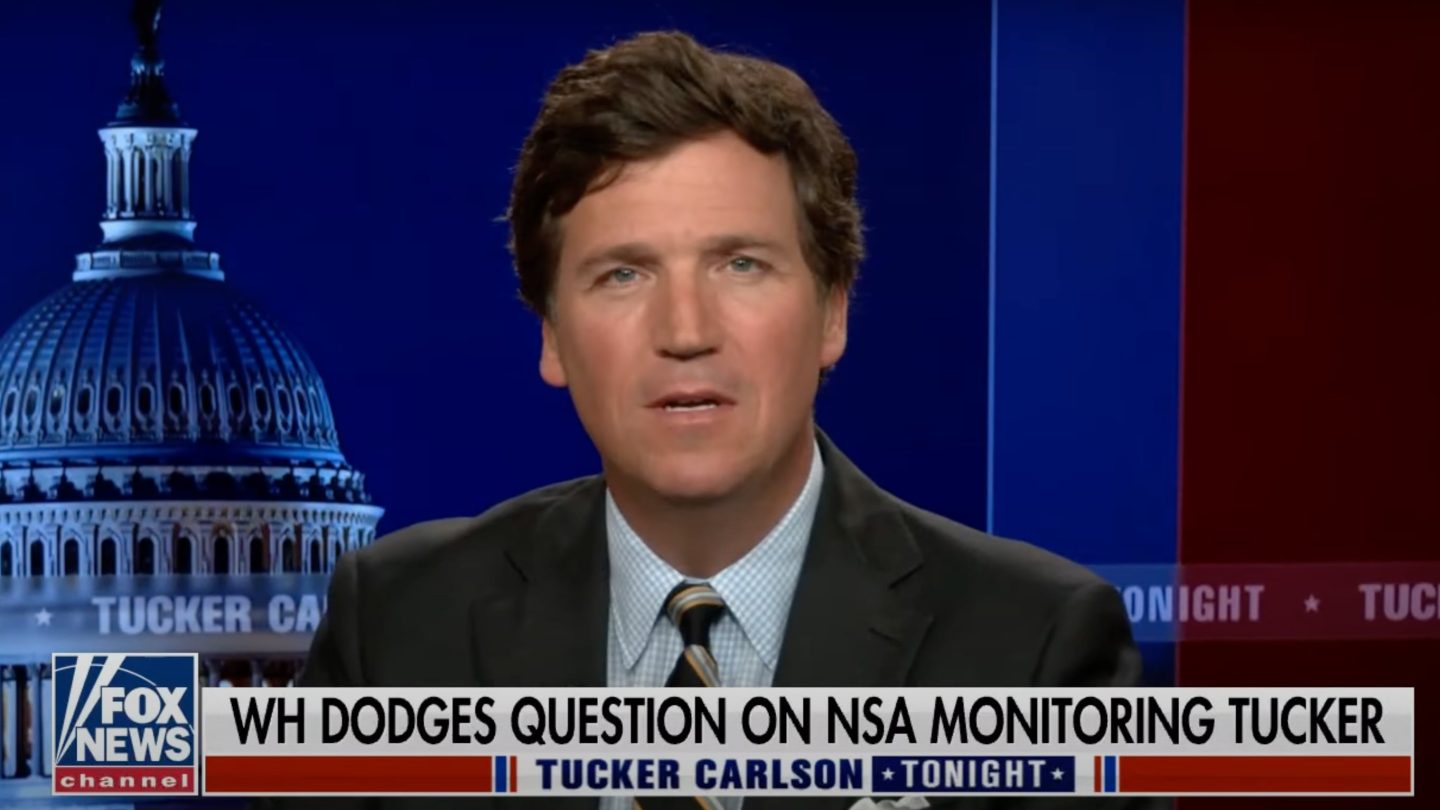 The NSA and the firebrand host of Fox News’ Tucker Carlson Tonight are feuding with each other, because that’s the world we live in now.

Welcome to one of the weirdest news stories in the country at the moment. And security professionals, especially, have been taking to Twitter, gobsmacked at how quickly this story spun into something uniquely bizarre. In short, Carlson accused the spy agency of monitoring his communications in an attempt to get him booted off the Fox News airwaves. In response, the hush-hush NSA, sometimes jokingly referred to as No Such Agency, decided to break precedent here and … actually talk, publicly, about this allegation.

NSA to Tucker Carlson — no, we’re not spying on you

Tuesday evening, the agency issued a statement via Twitter. It fired back at Carlson, calling his allegation “untrue” and added that he’s “never been an intelligence target.” Also that the NSA “has never had any plans to try to take his program off the air.”

If it seems strange to you that someone at the NSA had to interrupt their national security work to draft this statement, join the club.

A statement from NSA regarding recent allegations: pic.twitter.com/vduE6l6YWg

Not to be outdone, meanwhile, the Tucker Carlson Tonight host already fired back at the NSA. His response basically amounts to, your response means nothing!

“The question remains: Did the Biden administration read my personal emails?” he asked on his show. “That’s the question that we asked directly to NSA officials when we spoke to them about 20 minutes ago in a very heated conversation. Did you read my emails? And again, they refused to say. Again and again. And then, they refused even to explain why they couldn’t answer that simple question.”

Why is all this sparring important? Well, Carlson is the highest-rated show host on Fox, but he also has a history of sharing conspiracy theories with his audience. Most recently, for example, he claimed the FBI orchestrated the January 6 Capitol riots.

Theories abound about why the agency spoke out Tuesday. Former NSA analyst John Schindler tweeted Tuesday night that: “I am not aware of any on-record public denials of targeting by NSA in its entire history back to 1952. And I think I would be. This is utterly unique.” Does this suggest the agency worries about such misinformation spiraling out of control? That’s probably what’s going on here. It’s also a recognition, of sorts, about the influence of Fox News — and of Tucker Carlson, himself.

And don’t forget, we’ve been here before. In March 2017, President Trump tweeted, abruptly, that Obama officials spied on his campaign. National security leaders said at the time this claim was baseless. The episode was one of the strangest in a long line of grievances Trump lodged against his own government. But it certainly helped stoke outrage among MAGA supporters, in the process.