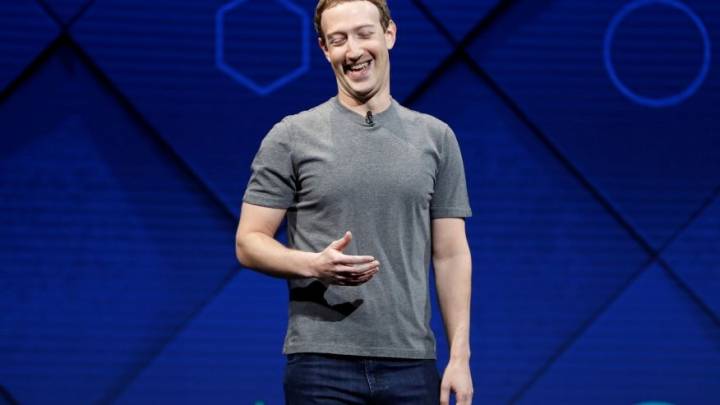 The Deferred Action for Childhood Arrivals policy allows certain illegal immigrants who have entered the U.S. as minors to receive a renewable two-year period of deferred action from deportation and eligibility for a work permit.

The program will have an “orderly wind down” and there is pressure on Congress to come up with a legislative alternative. There will be a six-month delay for current recipients.

Facebook CEO Mark Zuckerberg called it “a sad day for our country,” adding the decision to end DACA is “not just wrong,” but also “particularly cruel.”

Box CEO Aaron Levie tweeted that Congress should work on allowing Dreamers, as they are known, to stay. “This should be priority # 1 given the confusion and stress ending DACA will cause,” Levie wrote.

Congress must act immediately to allow Dreamers to stay. This should be priority # 1 given the confusion and stress ending DACA will cause.

Dreamers are our neighbors, our friends and our co-workers. This is their home. Congress needs to act now to #DefendDACA. #WithDreamers

“Dreamers are our neighbors, our friends and our co-workers,” Pichai wrote. “This is their home. Congress needs to act now to #DefendDACA.”

Apple CEO Tim Cook wrote that Apple would fight for “Dreamers” to be treated as equals.

#Dreamers contribute to our companies and our communities just as much as you and I. Apple will fight for them to be treated as equals.

Dreamers make our country & communities stronger. We stand for diversity and economic opportunity for everyone. https://t.co/gRCr8VWwcN

“If Congress fails to act, our company will exercise its legal rights properly to help protect our employees,” Smith wrote. “If the government seeks to deport any one of them, we will provide and pay for their legal counsel. We will also file an amicus brief and explore whether we can directly intervene in any such case. In short, if Dreamers who are our employees are in court, we will be by their side.”

On Tuesday, U.S. Attorney General Jeff Sessions announced the policy would be coming to an end. In a statement obtained by Fox News, Sessions said:

“This policy was implemented unilaterally to great controversy and legal concern after Congress rejected legislative proposals to extend similar benefits on numerous occasions to this same group of illegal aliens.

In other words, the executive branch, through DACA, deliberately sought to achieve what the legislative branch specifically refused to authorize on multiple occasions. Such an open-ended circumvention of immigration laws was an unconstitutional exercise of authority by the Executive Branch.”

The Trump administration faced a Tuesday deadline to make a decision on DACA or face legal action by Republican state AGs who hoped to force the president’s hand in discontinuing the program. According to the Department of Homeland Security, no current DACA beneficiaries will be impacted before March 5, 2018.

On Tuesday morning, President Trump tweeted that Congress needed to “get ready to do your job – DACA!,” referring to any upcoming passage of legislation surrounding the policy.

Fox News’ John Roberts, Kaitlyn Schallhorn, Brooke Singman and Alex Pappas contributed to this report. This story has been updated to include information from Apple.