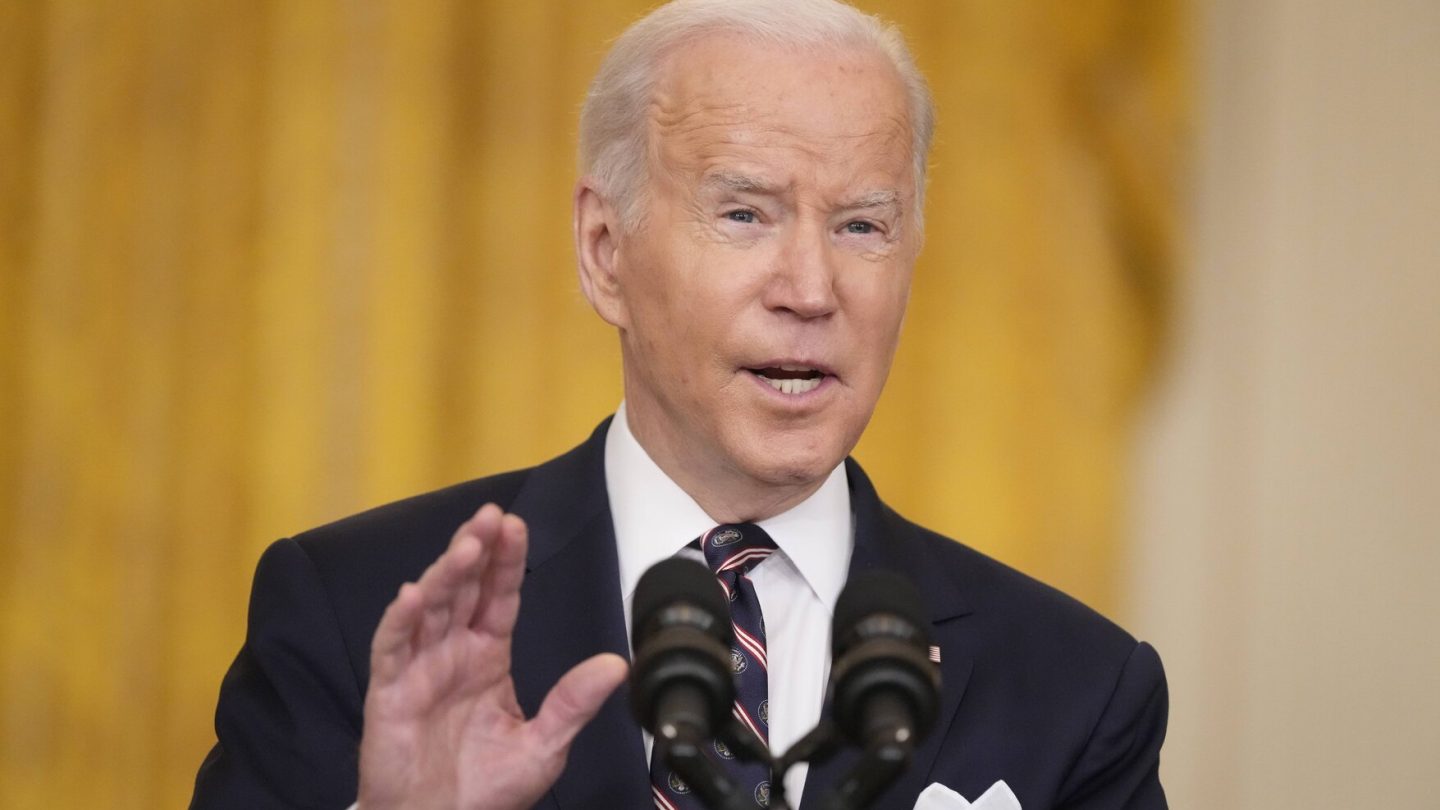 As world leaders raced to respond to Russia’s invasion of Ukraine on Thursday — and come to grips with what kind of sanctions package to put together — one additional step keeps getting mentioned. It’s the prospect of kicking Russia out of the global SWIFT banking system, something reporters pressed President Biden on during a mid-day press conference on Thursday. The president demurred on the issue for now, however. Not all Western allies want to go down this road — yet.

But it certainly won’t be the last we hear about this prospect. Especially with the fighting between Russia and Ukraine expected to last for days or weeks at this point. Most Americans probably don’t know what the SWIFT system is, however, or why it’s so important. But not only is it a major component in the machinery of global commerce. Some experts are referring to disconnecting Russia from it as a kind of “nuclear option” amid all this chaos.

Here are some fast facts about the SWIFT system:

Why kicking Russia out of this system would be such a big deal: Profits from oil and gas production make up a little less than half of Russia’s revenue. Not having access to the SWIFT system, meanwhile, disconnects Russia from being able to participate in most global financial transactions. Don’t forget, Russia’s oligarchs also have a lot of their wealth tied up outside of Russia, too.

Amid the escalation of hostilities in Ukraine, here’s something else helpful to remember. Western allies considered kicking Russia out of SWIFT back in 2014. It was after Russia’s annexation of Crimea. At the time, Russia’s response to that idea was swift — that the country would consider such a move tantamount to a declaration of war.

One reason Biden might have seemed a bit muted about the SWIFT possibility on Thursday, meanwhile? It’s the fact that the impact of this potential move actually cuts both ways. “If Russia is disconnected from SWIFT, then we will not receive (foreign) currency. But buyers, European countries in the first place, will not receive our goods — oil, gas, metals and other important components,” Nikolai Zhuravlev, vice speaker of Russia’s upper house of parliament, said Tuesday, as reported by CNN.

The US convinced allies to kick Iran out of the SWIFT system — which essentially unplugged Iran’s banks from the system a decade ago now — over its pursuit of nuclear weapons. Russia, however, is much more connected to other Western economies.

Meanwhile, Russia’s invasion of Ukraine produced an incredibly dark day in Europe. Indeed, this is the most significant ground combat on the European continent since WWII. The Associated Press reports that 57 Ukrainians have been killed thus far, and 169 more wounded.

Those casualties came after Russia directed airstrikes on cities and military bases. Russian troops and tanks also entered Ukraine from several directions in a move that, per the AP, “could rewrite the world’s geopolitical landscape. Ukraine’s government pleaded for help as civilians piled into trains and cars to flee.”