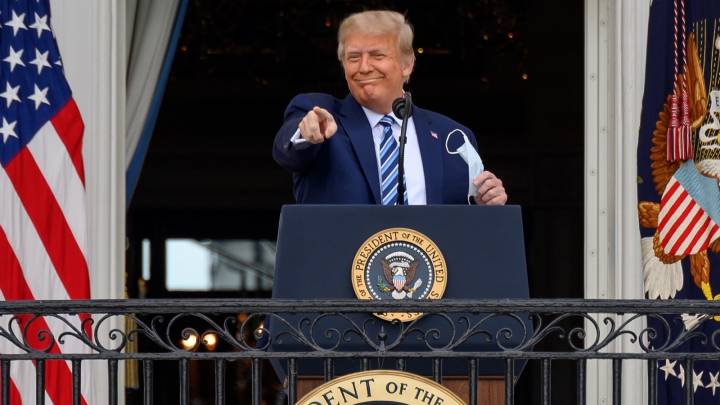 Reports surrounding a new stimulus package to buoy the US economy have become increasingly confusing in recent days. House Democrats came to the table with a $3 trillion bill in May, but Senate Republicans balked at the price and refused to bring it to the floor for a vote. Months later, Democrats returned with this updated $2.2 billion HEROES Act, but it was still too high a price for the Senate. Meanwhile, the White House has tried to negotiate with the Democrats, eventually landing on a $1.8 trillion bill which House Speaker Nancy Pelosi promptly dismissed. But throughout the negotiations, it has been unclear if the Senate would pass any bill that came its way regardless.

After temporarily shutting down stimulus talks altogether last week, President Donald Trump seemingly had a change of heart hours later when he began to indicate on Twitter that he would be willing to sign a standalone bill for another round of $1,200 checks. By Tuesday, October 13th, he had done a complete 180:

Cut to Thursday, October 15th, and Pelosi’s deputy chief of staff Drew Hammill is now suggesting that a storm could be brewing between the Senate Republicans and Trump. Hammill tweets that Pelosi and Treasury Secretary Steven Mnuchin — who has been negotiating on behalf of the White House — spoke for over an hour on Thursday. Mnuchin said he would be willing to accept the language regarding a national testing plan in the bill with “minor” tweaks, which Pelosi will then review. Pelosi also reminded Mnuchin about Trump’s tweet, raising concerns about Senate Majority Leader Mitch McConnell’s unwillingness to vote on a comprehensive aid package.

According to Hammill, Mnuchin said that Trump would speak with McConnell if they could reach a deal.

Providing Mnuchin is true to his word and Pelosi comes to terms with the White House’s compromise, this could set up a fascinating encounter between Trump and his own party in the Senate. McConnell already committed to voting on “targeted relief for American workers” when the Senate reconvenes Monday, but if Pelosi and Mnuchin make a deal, would McConnell be willing to change course and vote on a $1.8 trillion bill?

Of course, if stimulus talks stall again, this might all be moot, with the presidential election two and half weeks away and the Senate currently preoccupied with confirming future Supreme Court Justice Amy Coney Barrett. Don’t hold your breath for another major stimulus package passing before the November election.