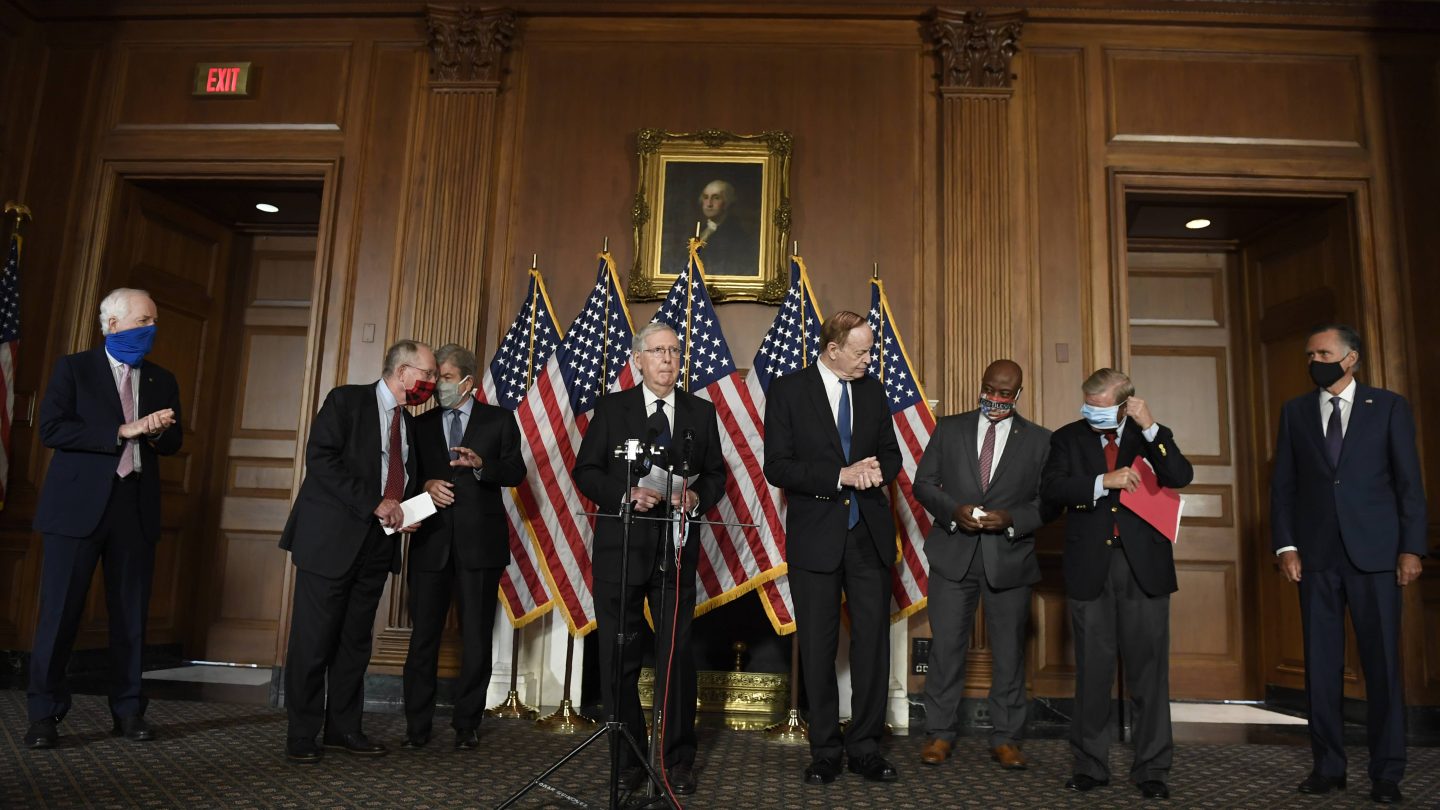 Last week, Congress passed a continuing resolution to keep the government from shutting down. In order to fund the government for the next year, Congress has to pass an omnibus spending bill that will have a price tag in the range of $1.4 trillion. The reason for the delay is that lawmakers are determined to attach a stimulus package to their spending bill, but discussions surrounding the details of that package have been ongoing for weeks, and now threaten to drag on into the weekend, despite the fact that the deadline for the spending bill is Friday at midnight.

CNN reports that most elected officials believe another temporary measure will pass to keep the government funded as they finalize details of a new stimulus package over the weekend, but all 100 senators have to agree to schedule the vote. If even one senator breaks rank, another government shutdown will occur.

“It’s a little bit of whack-a-mole, you know, whack it here and something else pops up,” said Sen. John Thune (R-SD), Majority Whip, when asked about the ongoing negotiations. “There’s a lot of interaction between the moving parts of all this, and getting it all lined up at the same time is proving to be pretty hard.”

The core provisions of the $900 billion stimulus package proposal seem to have the support of both parties, including a new round of $600 stimulus checks for individuals, unemployment benefits of $300 a week, over $300 billion for the Paycheck Protection Program, and funding for vaccine development and distribution.

Unfortunately, there are other provisions that have turned into sticking points for Republicans, such as whether or not the eviction moratorium set to expire at the end of the year should be extended, and how FEMA should distribute any money it receives from the stimulus to states and cities. Meanwhile, Democrats are striving to stop Republicans from including a measure that would restrict the Federal Reverse’s emergency lending authority, which could potentially hamstring President Joe Biden when he takes office in January with the pandemic still raging.

In the midst of these discussions, Sen. Josh Hawley (R-MO) said that he would ask for an up or down vote on the Senate floor on Friday concerning his bill to send a second round of $1,200 checks to Americans. This is a proposal that he and Sen. Bernie Sanders (I-VT) have been fighting for ever since stimulus talks resumed, but it was blocked by Sen. Ron Johnson (R-WI), and now Hawley has the power to cause problems if he so chooses.

If Congress is unable to pass a stimulus package, 12 million Americans will lose their unemployment insurance the day after Christmas, as the country continues to break COVID-19 case and death records weekly.