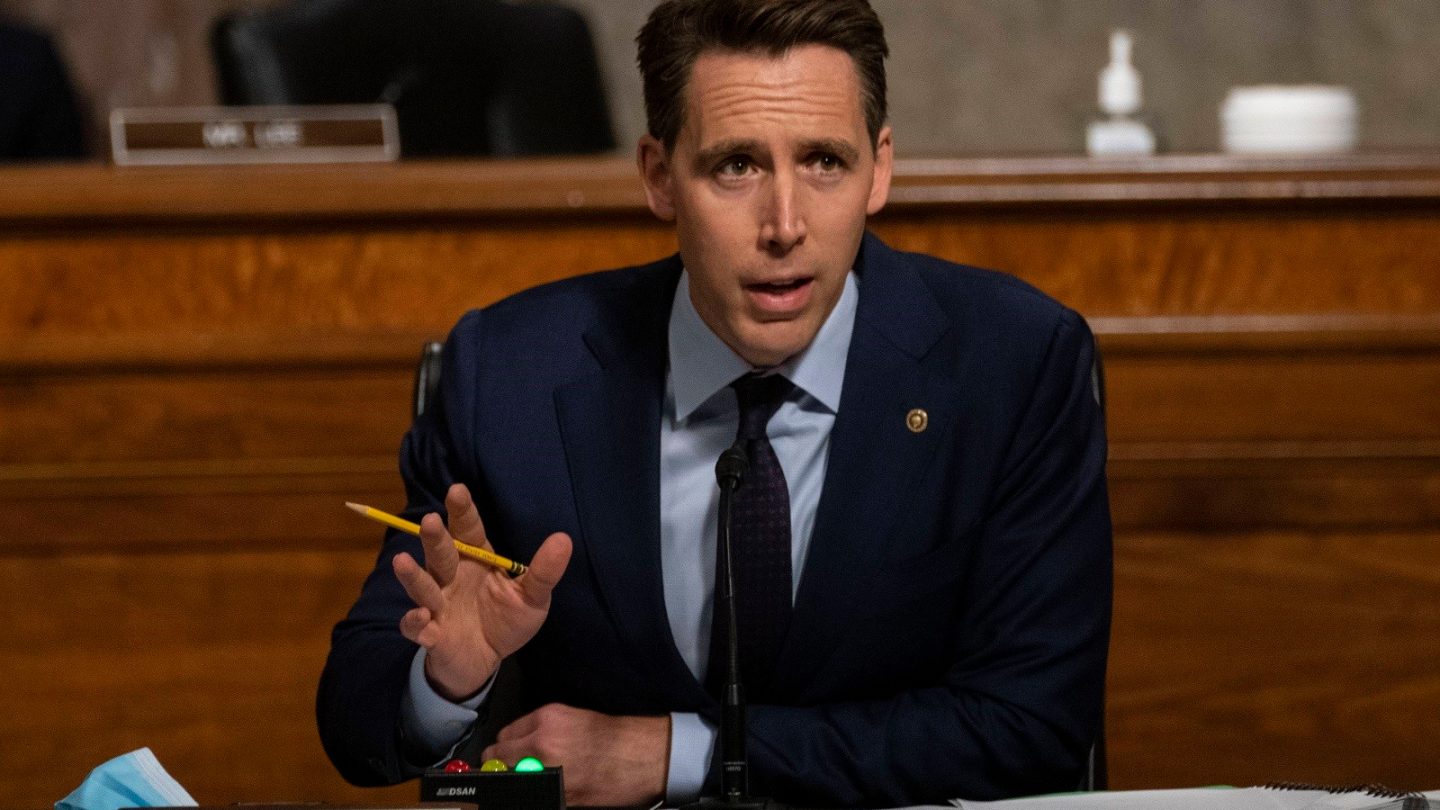 If everything goes according to plan, Congress will pass another major stimulus package before the weekend is up, providing billions of dollars to fund vaccine distribution, additional unemployment insurance, the Paycheck Protection Program, and even a new round of stimulus checks for Americans. Unfortunately, those stimulus checks will likely be much smaller than they were the first time around — between $600-700 — but one senator is going to do whatever he can to push his colleagues to send Americans the cash that they so desperately need.

In a tweet, Sen. Josh Hawley (R-MO) announced that he plans to go to the Senate floor on Friday to ask for an up or down vote on his bill which would provide $1,200 checks to individuals, $2,400 to couples, and $500 to children. This might be the last chance for the federal government to put money in the pockets of Americans before the end of the year, with the holiday season having already begun and the pandemic still raging:

Tomorrow I will go to the Senate floor to ask for an up or down vote on my bill to provide a direct payment of $1200 to working Americans, $2400 for couples, $500 for kids. This is the #covid relief working families need

Many Republicans are trying to keep the relief bill as lean as possible, but for the past week or so, Sen. Hawley and Sen. Bernie Sanders (I-VT) have formed an unlikely pair as they fight to send more money to Americans. Just before Hawley’s announcement, the senator retweeted a report from Heather Long of The Washington Post which revealed that 1.4 million Americans filed new unemployment claims just last week. In all, more than 20 million Americans are on unemployment the week before Christmas, as if the need for relief could be any more clear.

“As a result of the pandemic, tens of millions of Americans are facing economic desperation,” Sen. Sanders declared in a press release early this week. “They can’t afford to pay their rent and face eviction, they can’t afford to go to the doctor, they can’t afford to feed their children and they are going deeper and deeper into debt. Congress cannot go home for the Christmas holidays until we pass legislation which provides a $1,200 direct payment to working class adults, $2,400 for couples, and a $500 payment to their children. This is what Democrats and Republicans did unanimously in March through the CARES Act. This is what we have to do today.”

Even with the risk of a government shutdown due to a Friday deadline for an omnibus spending bill, there is still no guarantee that Congress will pass another stimulus package before the year ends. And yet, stimulus checks weren’t included in the bipartisan proposal at all, so that’s progress. The next question is whether or not there is an appetite from other senators or even enough time left to boost the second round of checks.