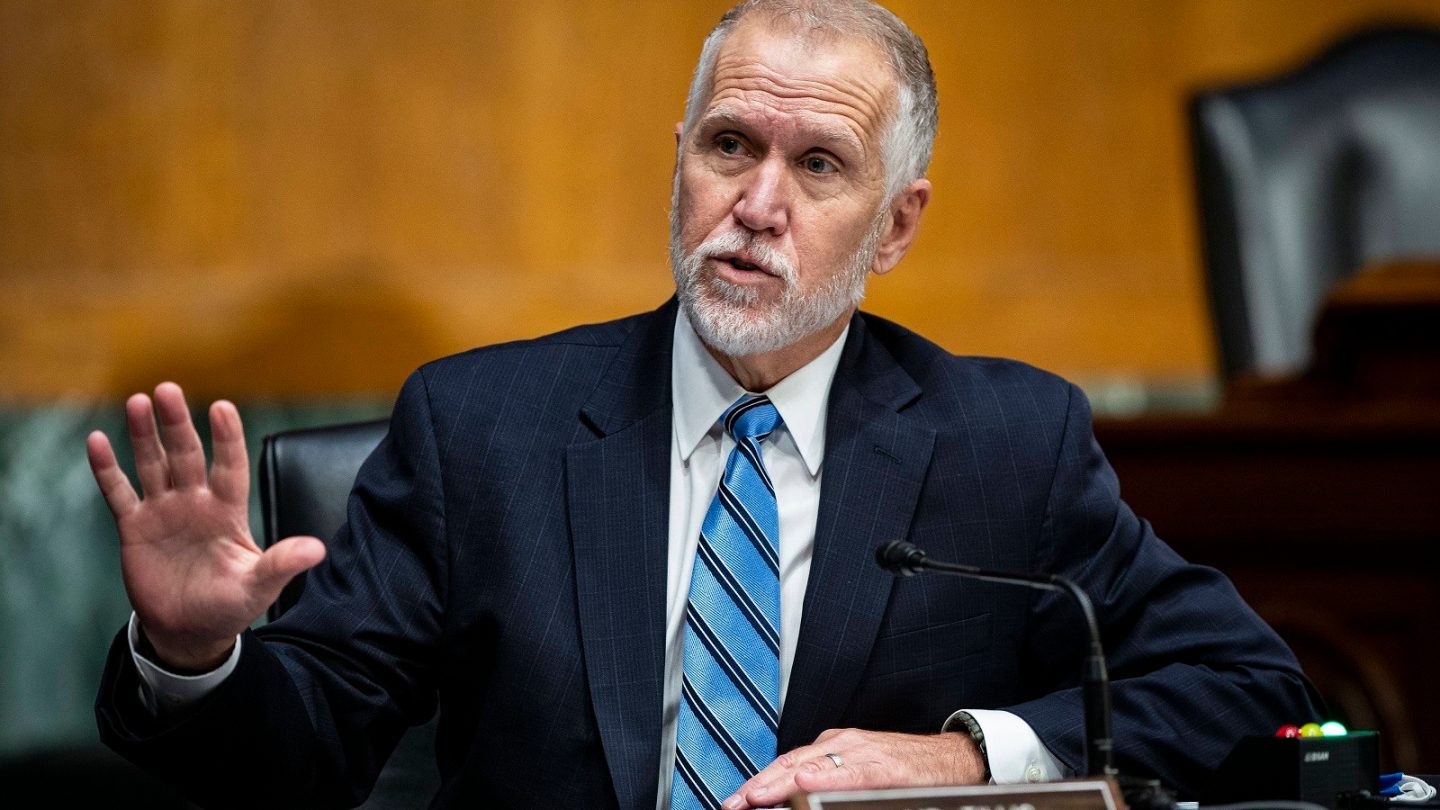 If you’ve been keeping up with all of the drama surrounding the latest stimulus package, you probably know that it all came to a head on Monday when Congress dropped a 5,593-page document that its members were expected to vote on hours later. Unsurprisingly, beyond funding the federal government and providing a fresh round of direct payments to Americans making under $75,000 a year, the bill was packed with additional provisions that are starting to come to light as reporters and legislators make their way through the absolutely colossal PDF file.

One specific rider included in the $2.3 trillion spending and relief package has received outsized attention ever since an incendiary headline from The Hollywood Reporter put it on the radar. Sen. Thom Tillis (R-NC) managed to get his Protecting Lawful Streaming Act passed as part of the package — a bill which classifies illegal streaming as a felony offense carrying a punishment of up to ten years in prison as well as a fine.

Not only did this set off alarm bells for cordcutters who might have watched an NFL game or two on a shady website, but it also seemed to threaten the livelihood of YouTubers, Twitch streamers, and other content creators that may use clips and footage from licensed content in their videos, sometimes inadvertently.

Predictably, the internet freaked out, and while it had every right to do so, the actual language of the bill doesn’t seem to be nearly as terrifying as the initial proposal from Sen. Tillis suggested it would be.

“The Protecting Lawful Streaming Act will apply only to commercial, for-profit streaming piracy services,” Tillis wrote. “The law will not sweep in normal practices by online service providers, good faith business disputes, noncommercial activities, or in any way impact individuals who access pirated streams or unwittingly stream unauthorized copies of copyrighted works. Individuals who might use pirate streaming services will not be affected.”

In other words, the goal of the Protecting Lawful Streaming Act is not to jail you and your friends for watching an NFL game on a shady website, but rather to threaten the proprietors of that website with jail time and fines if they continue to make money from broadcasting licensed content without permission from the copyright holder.

“As a general matter, we do not see the need for further criminal penalties for copyright infringement,” Meredith Rose, the Senior Policy Counsel of Public Knowledge, wrote in regards to the bill. “However, this bill is narrowly tailored and avoids criminalizing users, who may do nothing more than click on a link, or upload a file. It also does not criminalize streamers who may include unlicensed works as part of their streams.”