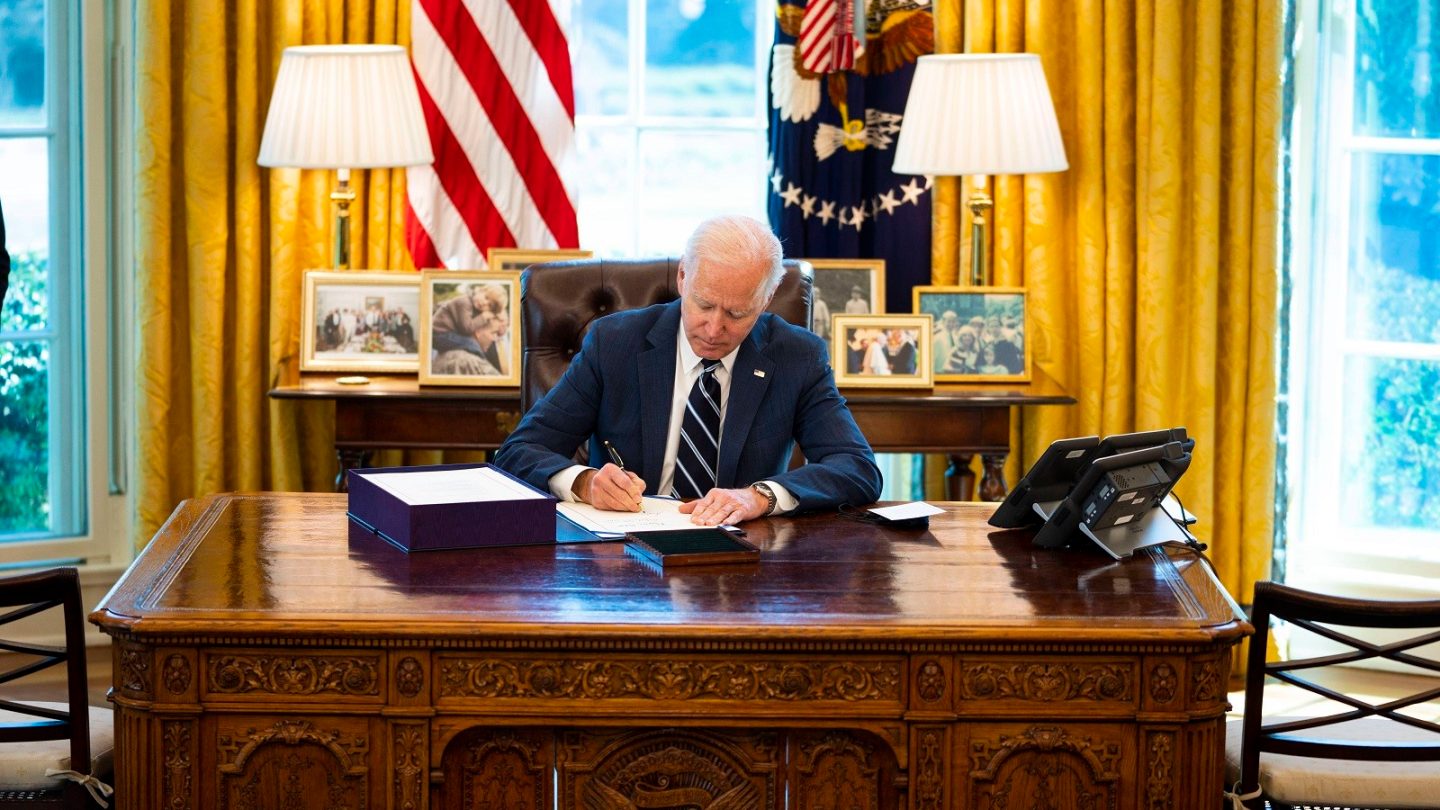 President Joe Biden initially intended to sign the $1.9 trillion American Rescue Plan Act of 2021 on Friday afternoon, but whatever was holding the process up was apparently resolved more quickly than expected, because Biden ended up signing the bill on Thursday just after 2:00 PM ET instead. Time was of the essence with unemployment benefits of the previous relief package set to expire on March 14th, but now the new benefits can be implemented.

Of course, the early signing of the bill also means that the IRS can start to send out a new round of $1,400 stimulus checks even quicker than originally expected, which means that the tens of millions of Americans who are eligible for the payments should begin to see that money in their bank accounts this weekend. White House press secretary Jen Psaki confirmed as much during a press briefing shortly after President Biden signed the bill.

“Since the Department of the Treasury and the IRS are working hard to get relief payments out the door as fast as possible to the American people, people can expect to start seeing direct deposits hit their bank accounts as early as this weekend,” said Jen Psaki after the signing of the relief bill on Thursday. “This is, of course, just the first wave, but some people in the country will start seeing those direct deposits in their bank accounts this weekend, and payments to eligible Americans will continue throughout the course of the next several weeks.”

You can watch President Biden sign the American Rescue Plan and deliver remarks about the bill below:

If you haven’t filed your taxes or the IRS doesn’t have your information for whatever reason, you’re going to have to wait to receive a physical check or debit card in the mail. That will obviously take longer than receiving an electronic deposit, but Biden took at least one step that might help to speed up the process.

As for eligibility, not everyone who was expecting a third stimulus check is going to receive it. Individuals who earn $75,000 or less will receive the full $1,400, but the payments will now phase out entirely for anyone earning $80,000 or more. Similarly, married couples earning $150,000 or less will get the full amount, but those that earn $160,000 or more will not be eligible for the payments. This is one of the changes the Senate made to the bill.