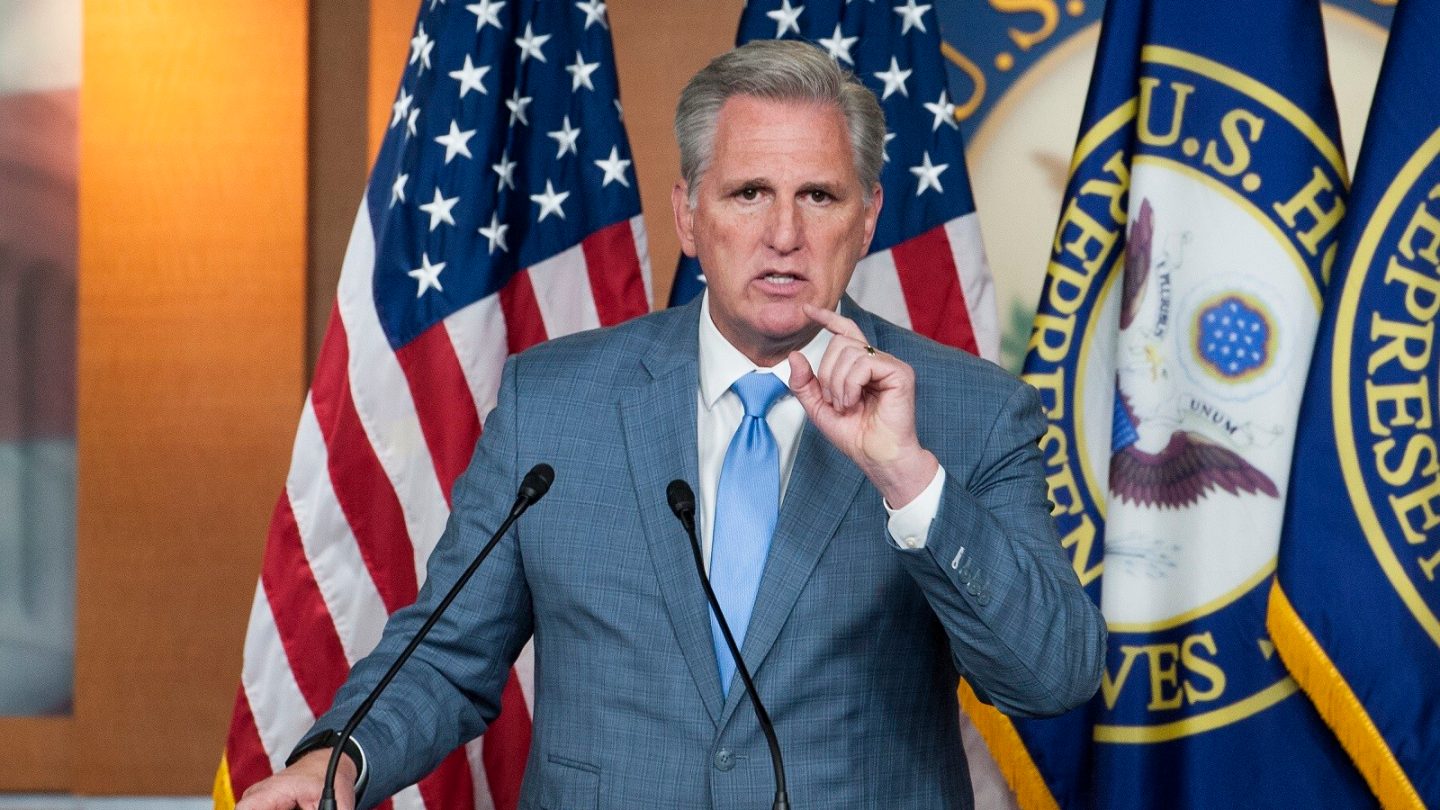 On Tuesday evening, President Donald Trump published a four-minute tirade on Twitter railing against the $2.3 trillion spending and stimulus bill that had made its way through the House and Senate. In addition to singling out provisions that he deemed wasteful (many of which he had specifically requested in his budget), he also said that $600 stimulus checks were not enough, and demanded that the economic impact payments be raised to $2,000.

For once, Democrats were with Trump, and House Speaker Nancy Pelosi said she and her colleagues were ready to bring the revision to the House floor this week. Pelosi was true to her word, and on Thursday morning, House Majority Leader Steny Hoyer requested unanimous consent to introduce a bill that would increase the value of the payments in the stimulus package from $600 to $2,000. Because the House was in a pro forma session, any bill had to be cleared by Minority Leader Kevin McCarthy, but he refused to do so, blocking a vote on the bill.

“Today, on Christmas Eve morning, House Republicans cruelly deprived the American people of the $2,000 that the President agreed to support,” said Pelosi. “If the President is serious about the $2,000 direct payments, he must call on House Republicans to end their obstruction. On Monday, I will bring the House back to session where we will hold a recorded vote on our stand-alone bill to increase economic impact payments to $2,000.”

Congress has adjourned until Monday, December 28th, but if Trump refuses to sign the spending and stimulus bill by then, the government will shut down on Tuesday. He could veto the bill, but Congress has to votes to override a veto. There’s also a chance he sits on the bill, and because presidents have 10 days to sign a bill that has been passed by Congress, he could just wait out the clock until the 117th US Congress adjourns for good. This is known as a pocket veto, and would allow Trump to effectively kill the bill without giving Congress a chance to intervene.

At this point, there’s no telling which of these routes Trump will take. Politico’s Jake Sherman spoke with Sen. Roy Blunt (R-MO) on Thursday morning shortly after the $2,000 stimulus check bill was blocked, and the senator told him that he had “no idea” what the president plans to do. Blunt added that Republicans were “assured” Trump would sign that bill, suggesting that this was a completely unexpected turn of events.

If Trump refuses to sign the bill, essential unemployment programs will expire for 12 million Americans on December 26th. The eviction moratorium will lapse as well, leaving millions of Americans at risk of losing their homes at the end of the month if they are unable to pay the back rent they’ve accumulated during the pandemic.