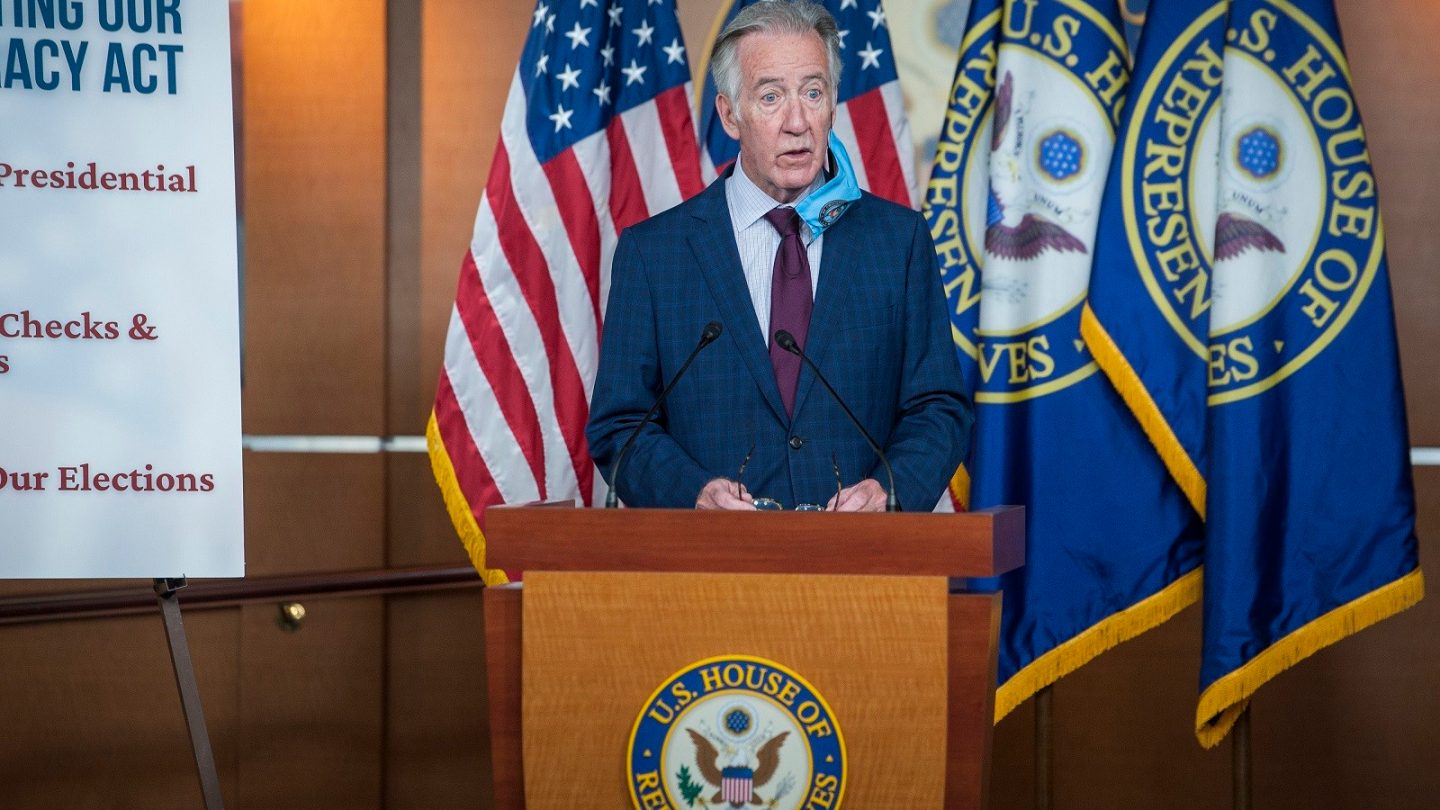 Earlier this week, the House Democrats on the Ways and Means Committee released their set of proposals to add to Joe Biden’s $1.9 trillion COVID-19 relief package. Comprising more than half of the total cost of the bill, the draft from the committee extends federal unemployment benefits, expands the child tax credit, lowers healthcare premiums for low- and middle-income families, and provides a new round of $1,400 stimulus checks.

On Thursday, the committee approved those measures on a 24-18 party-line vote, Bloomberg reports. This is not the final step in the process of getting the American Rescue Plan through Congress, but it does bring Democrats one step closer to fulfilling their promise of sending more direct relief to struggling Americans.

“The $600 rebates that Congress delivered in December didn’t do enough,” Representative Suzan DelBene (D-WA) said of the Economic Impact Payments that were included in last year’s $900 stimulus package during the Ways and Means Committee’s debate on Thursday. “This is critical relief to help families weather this crisis.”

Several other House committees have been working on their own provisions to add to the 2021 budget reconciliation bill, and plan to finish the work by the end of the day on Friday. Once the proposals have made their way through the committees, the full House plans to vote on the bill during the week of February 22nd. With many benefits set to expire in March, Democrats are determined to have the bill signed into law before that deadline.

The bill is expected to pass the House, but with an evenly split Senate, a single defection from a Democrat would be enough to stop the bill from being approved. In the weeks leading up to the American Rescue Plan’s debut, Sen. Joe Manchin (D-WV) appeared the most likely to have issues with the legislation, but after raising concerns about higher-income individuals getting direct payments, he now says the House proposal “is right in the ballpark” of what Senate Democrats would support. That’s not to say the matter is settled, but it’s a promising sign.

“To my colleagues on the Committee, the amazing Committee staff, and the many others who worked around the clock to make this happen, thank you for putting the American people first and showing them that help is on the way,” said Ways and Means Committee Chairman Richard Neal after advancing their portion of the relief package. “I look forward to this package passing Congress and President Biden signing it into law.”