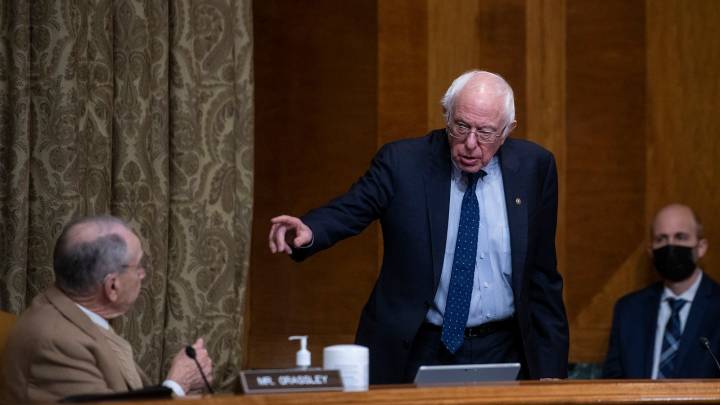 Following its passage in the House last weekend, the $1.9 trillion American Rescue Plan is expected to receive a vote in the Senate as early as this Friday. There are some wrinkles to be ironed out, like the removal of the minimum wage hike that the Senate parliamentarian deemed “extraneous” to the budget reconciliation process, but Senate Majority Leader Chuck Schumer told reporters on Tuesday that Democrats “have the votes” to pass the bill.

Once the relief package receives a vote on the Senate floor, it will go back to the House for another vote before being sent to President Joe Biden’s desk for him to sign. $1,400 stimulus checks could start going out a week after he signs the bill, but even though the president will be making good on the promise that he made to send out more direct relief to struggling Americans, some senators believe that these should not be the last stimulus checks.

11 Senate Democrats sent a letter to the president on Tuesday urging him to deliver even more direct payments and to extend unemployment insurance assistance until the COVID-19 pandemic is over:

We urge you to include recurring direct payments and automatic unemployment insurance extensions tied to economic conditions in your Build Back Better long-term economic plan. This crisis is far from over, and families deserve certainty that they can put food on the table and keep a roof over their heads. Families should not be at the mercy of constantly-shifting legislative timelines and ad hoc solutions.

Despite the fact that the vaccine rollout is in full swing and weekly coronavirus cases are lower than they’ve been in months, CBS News reports that millions of Americans are still out of work, and tens of millions more are struggling to pay their bills. Even if the US is able to keep the spread of the virus under control, the senators argue that it will take much longer for the country to recover financially, which is why the relief shouldn’t end with this bill.

“Direct payments are crucial for supporting struggling families who aren’t reached by unemployment insurance,” the senators wrote. “An Urban Institute study suggests that a single direct payment of $1,200 combined with an extension of enhanced unemployment insurance and other assistance could keep 12 million people out of poverty, and adding a second direct payment could keep an additional 6.3 million people above the poverty line.”

Perhaps most importantly, the idea of recurring direct payments is incredibly popular with the general public, as 65% of voters stated that “they would support a $2,000 monthly direct cash payment to every American for the duration of the pandemic” in a recent poll conducted by Data for Progress.

There will inevitably be opposition from Republicans and moderate Democrats alike, especially considering that some Democrats still want to reduce the eligibility for the $1,400 stimulus checks in the latest relief bill, but if the progressive wing continues to push the idea of recurring checks, President Biden may be forced to address it.