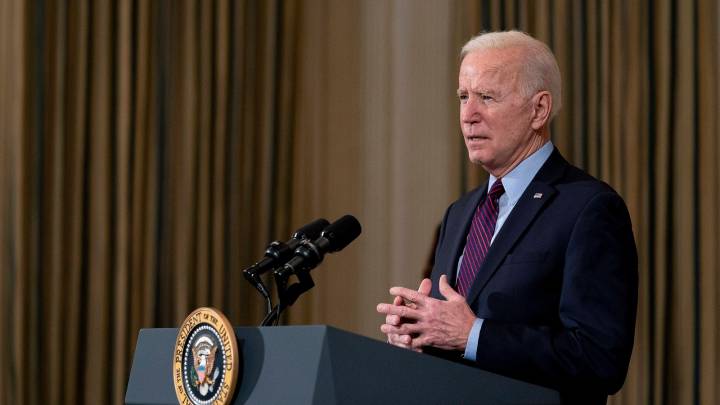 When Joe Biden traveled to Atlanta to campaign for Jon Ossoff and Raphael Warnock ahead of their runoff elections, he told the Georgians who attended his rally that the only way he could ensure that they would receive another round of stimulus checks was if Democrats took control of the Senate. Days later, two Democrats were elected to represent Georgia in the Senate, but nine days into February, we’re still waiting on those checks.

President Biden said that reaching across the aisle to work with Republicans would be a priority of his administration, but it quickly became clear that the opposition party wasn’t interested in passing another COVID-19 relief bill so soon after the previous one. Biden even floated a few compromises to entice Republicans, such as changing the eligibility for the next round of stimulus checks so that they would be targeted to lower-income individuals.

Not only would this have been an incredibly unpopular decision, but it wasn’t likely to change anyone’s vote either. As a result, the Ways and Means Committee decided to retain the same income thresholds in its proposal, ensuring that individuals who make $75,000 or less and families who made $150,000 or less will receive the full payments.

Unlike in previous rounds, children and adult dependents — including disabled adults and college students — will be eligible for the full amount of these direct payments. While a single parent making under $75,000 with a kid in college only received $600 last time, they would receive $2,800 this time around. That said, payments also phase out faster, with individuals making $100,000 and couples making $200,000 receiving no money this round.

Our nation is struggling, the virus is still not contained, and the American people are counting on Congress to meet this moment with bold, immediate action. Later this week, the Ways and Means Committee will take a crucial step to confront this challenge and show the country that help is on the way. From increasing direct assistance to those who need it most to expanding tax credits for low- and middle-income workers, we deliver substantial solutions in this package. While it is still our hope that Republicans will join us in doing right by the American people, the urgency of the moment demands that we act without further delay.

In addition to providing an additional $1,400 to everyone who received a $600 Economic Impact Payment as part of the $900 billion stimulus package President Trump signed in his last days in office, the Ways and Means proposals will comprise half of the $1.9 billion relief bill by addressing a number of other issues:

These proposals make up one piece of a puzzle the House committees will be putting together throughout this month before a vote on the $1.9 trillion bill makes it to the House floor by the end of February.