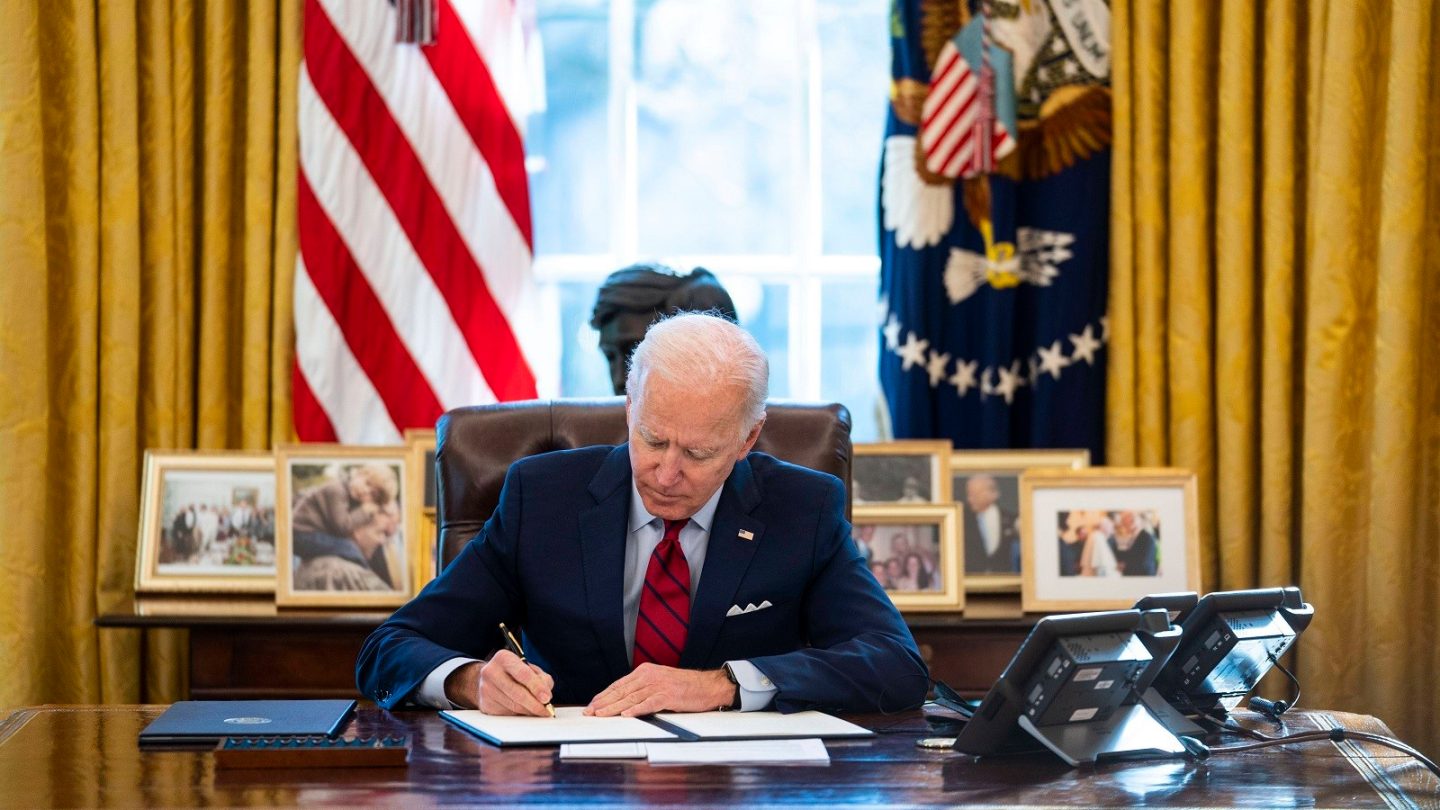 After President Biden took the Oath of Office, he called on all Americans to “end this uncivil war that pits red against blue, rural versus urban, conservative versus liberal.” The President said in his inaugural address that he would work with Democrats and Republicans to heal America’s wounds, and pledged to work with lawmakers from both parties to address the many crises facing the United States in 2021 and beyond. Of course, in order for that to happen, the two parties have to be willing to work together, and there’s not much evidence of that happening yet.

With Democrats having taken control of the Senate, one of President Joe Biden’s top legislative priorities after taking office was to pass a new COVID-19 relief bill that included, among many other provisions, $1,400 stimulus checks for most Americans. Biden and Democrats in Congress have expressed a willingness to work with Republicans to craft a bill that would receive bipartisan support, but it doesn’t sound like much progress is being made.

“I hope we don’t need it, but if needed we will have it,” House Speaker Nancy Pelosi told the press Thursday when asked about using the process of budget reconciliation to pass Biden’s $1.9 trillion COVID-19 relief bill with a simple majority. “We want it to be bipartisan always, but we can’t surrender.”

“Our preference is to make this important work bipartisan, to include input, ideas, and revisions from our Republican colleagues or bipartisan efforts to do the same,” said Senate Majority Leader Chuck Schumer. “But if our Republican colleagues decide to oppose this urgent and necessary legislation, we will have to move forward without them.” He also noted that the Senate will “begin the process of considering a very strong COVID relief bill” next week.

Biden’s $1.9 trillion plan includes $1,400 stimulus checks for Americans who made $75,000 or less in 2019, $400 per week federal unemployment assistance through September, $350 billion for state and local government, $170 billion for schools, and over $100 billion for COVID-19 testing, vaccine distribution, and PPE acquisition.

In order for the bill to pass the Senate without budget reconciliation, it would need 60 votes, which means at least 10 Republicans would need to join all 50 Democrats. A majority of Republicans are apparently unconvinced that America needs any more relief after the $900 billion stimulus package that President Trump signed into law in the last week of December, but the President and his party made a promise that they don’t plan to break two weeks into his first term. Therefore, if Republicans aren’t willing to make a deal, Democrats will circumvent them.

“I can guarantee you, no one back home cares,” said Sen. Brian Schatz (D-HI) about using budget reconciliation to get the $1.9 trillion bill passed without any Republican votes. “They just want their relief.”