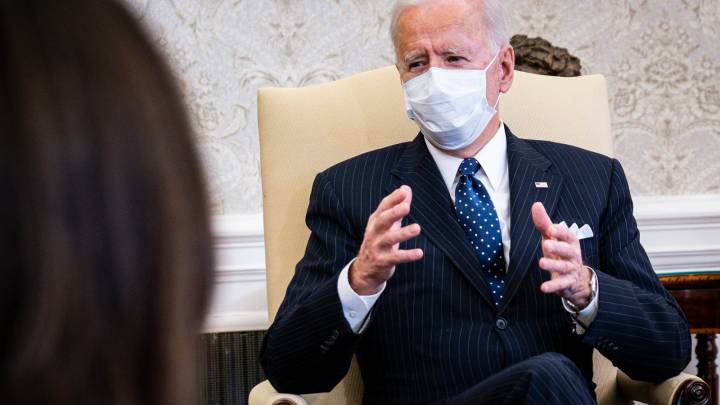 Democrats ended a contentious debate this week by including a measure in their COVID-19 relief bill that would send $1,400 stimulus checks to individuals making $75,000 and families that earned $150,000. Some lawmakers, including Sen. Joe Manchin (D-WV), argued that eligibility for the new checks should be more targeted than the last two rounds so as to get relief to those who were hit hardest by the pandemic. But even after President Biden suggested that he’d be willing to alter the threshold, House Democrats pushed forward with the same requirements.

Despite President Biden’s willingness to work with lawmakers who believed stimulus checks should be more targeted, when asked about the proposal from Democrats on Tuesday, he signaled his support for the measure.

Biden said the following on Tuesday during a meeting with business leaders about his American Rescue Plan:

The measure still has to make its way through Congress, but providing it doesn’t hit any speed bumps along the way, everyone who received the full amount of the $1,200 and $600 direct payments last year should also receive the full $1,400 stimulus checks in the coming weeks.

That said, the payments will phase out slightly faster than they did previously, dropping down to zero for individuals who made $100,000 or more and couples who made $200,000 or more. It is not the compromise Republicans were looking for, but by using the budget reconciliation process, all Democrats need is 50 votes from the 50 Democrats in the Senate to pass the bill, with Vice President Kamala Harris serving as the tiebreaker.

“While it is still our hope that Republicans will join us in doing right by the American people, the urgency of the moment demands that we act without further delay,” said Ways and Means Chairman Richard Neal.