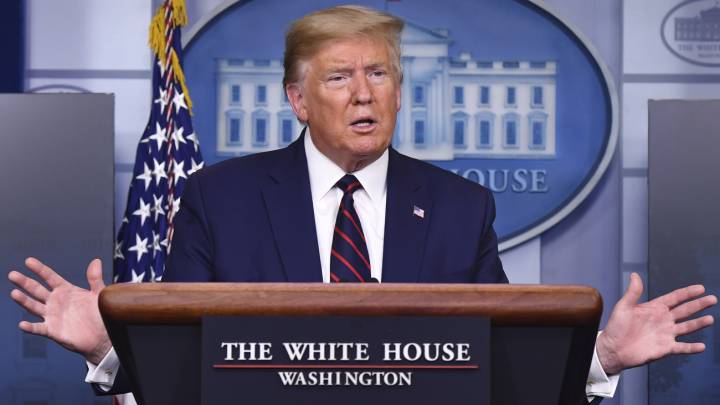 Let’s get the good news out of the way for those of you eagerly anticipating your coronavirus stimulus check from the Trump administration, which will provide as much as $1,200 for individuals and $2,400 for couples. Treasury Secretary Steve Mnuchin promised during Thursday afternoon’s White House coronavirus task force briefing that the money would actually start going out in two weeks, as opposed to his initial assurance of three weeks.

An important caveat, though: Those of you who will be in the first wave of checks will have to have your banking information already on file so that the money can come to you in the form of a direct deposit. Alternatively, a web portal is being set up so that you can give the IRS that information to go ahead and get yourself near the front of the queue. The bad news, though, is for those of you who’ll be waiting for a paper check in the mail.

The people towards the end of the IRS’ stimulus disbursements may not get their checks in the mail for a couple of months, according to a House Democratic memo obtained by CNN that cited Trump administration officials’ explanation to lawmakers.

As we noted previously, May is a much more likely timeline for many people waiting on a check, despite Mnuchin’s assurance that money would start being distributed as early as mid-April. The way the schedule will go, the IRS will send out an estimated 60 million payments likely starting during the week of April 13 for taxpayers with direct deposit information on file.

The memo obtained from the House Ways and Means Committee notes that paper checks to individuals for whom the IRS doesn’t have direct deposit information would likely start going out three weeks later, during the week of May 4. But, again, both of those are start dates, meaning just because you fall into one of those categories it still could take a little longer for the IRS to work their way to you.

The paper checks, for example, are expected to be mailed out at a rate of about 5 million per week, according to the House memo cited by CNN. At that rate, it would actually take an estimated 20 weeks to finish sending out those checks, although the good news is that people with the lowest incomes should get theirs first.